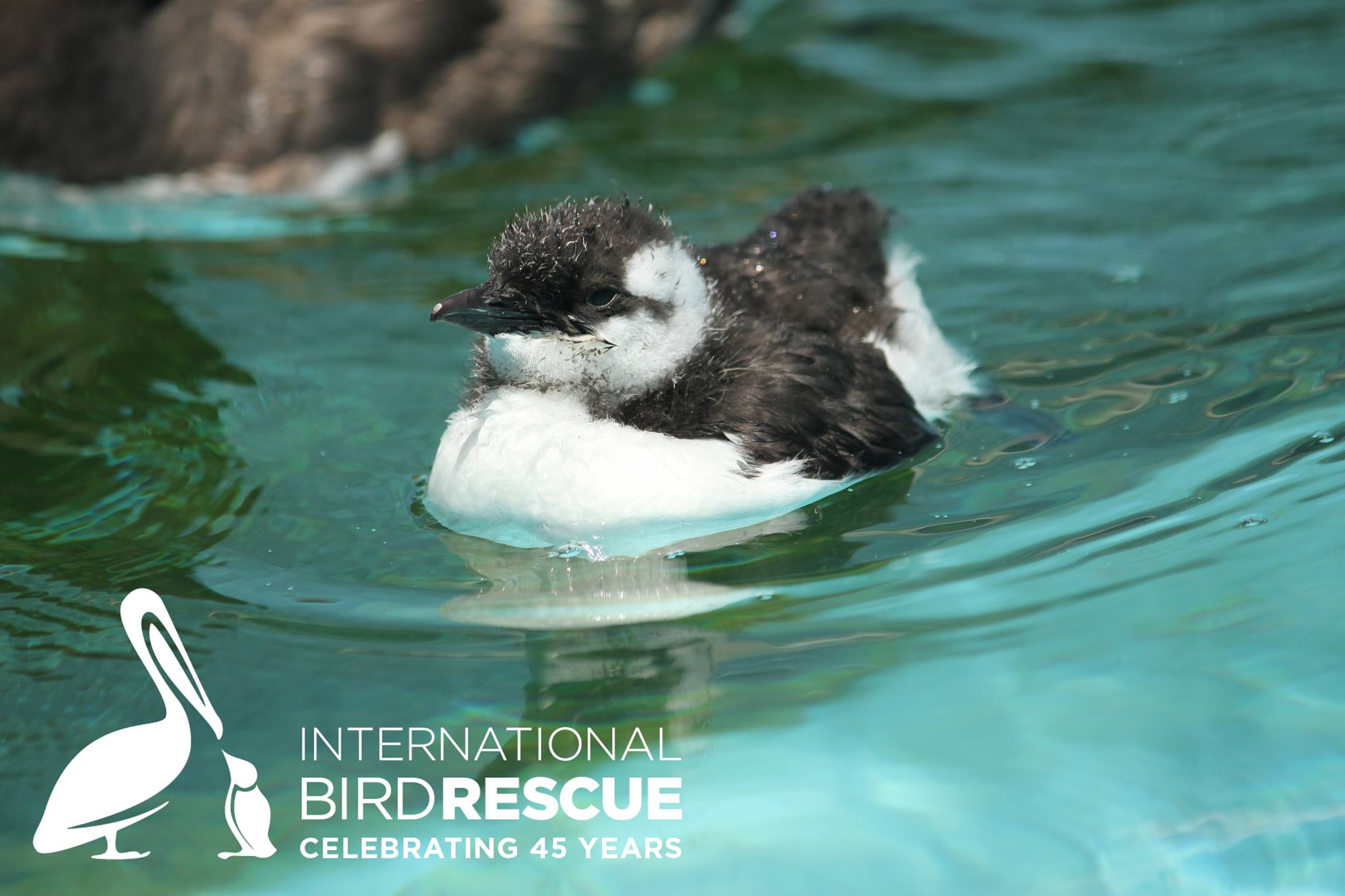 A Facebook followers recently wrote in to ask about the little bird shaped “like a tugboat” on our San Francisco Bay BirdCam. The photo above shows a baby Common Murre that was found in a paper bag at the community center near Stinson Beach. 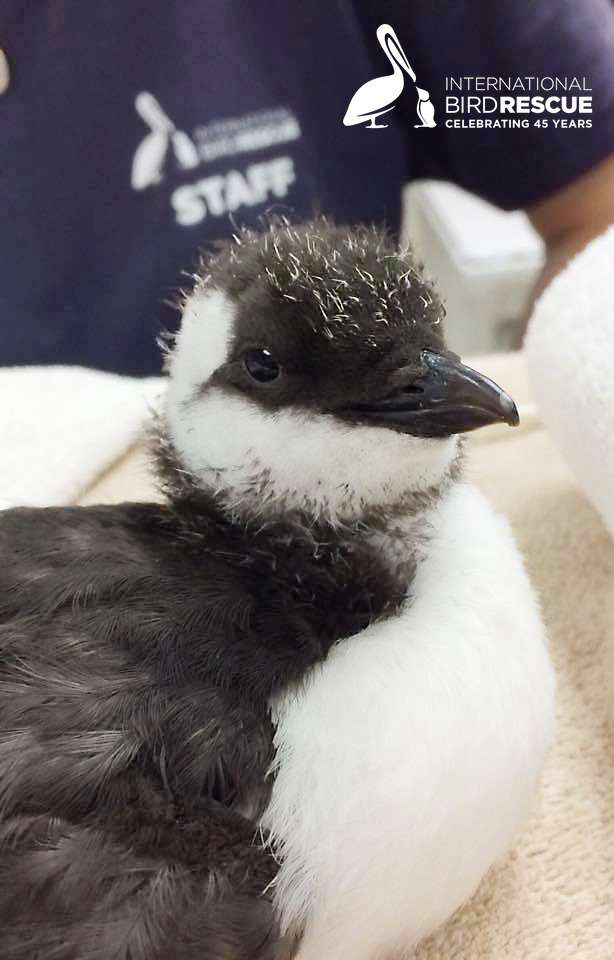 “Tugboat” weighed only 90 grams on July 25th when he was transferred by our friends at WildCare to Bird Rescue’s SF Bay Wildlife Center. He has a fractured humerus, likely sustained when he leapt from his nest on a cliff though he is quite small to have made this big leap.

Common Murres are cliff nesters and the babies take a leap into the ocean with their dad when it’s time to head for safer waters. Sometimes called “Pacific Penguins” for their resemblance to that family of birds, murres are in reality more closely related to gulls and terns.

This species has had a rough time in the past few years, including a mass stranding and starvation event in the fall of 2015 which brought more than 500 of them to our center. It is thought that ocean warming and climate change are causing traditional food sources to be less available, leaving molting adults and chicks especially vulnerable since they cannot dive as deep or relocate to better feeding grounds.

Tugboat had his daily exam a few days ago and he has more than doubled in weight in just ten days! Murres in care will eat their body weight of fish in a sitting, so this little fellow will eat 200 grams of capelin (4-5 fish) in a day. We especially enjoy these birds as patients because adults will readily take on a surrogate chick, as shown in the photo on the right. 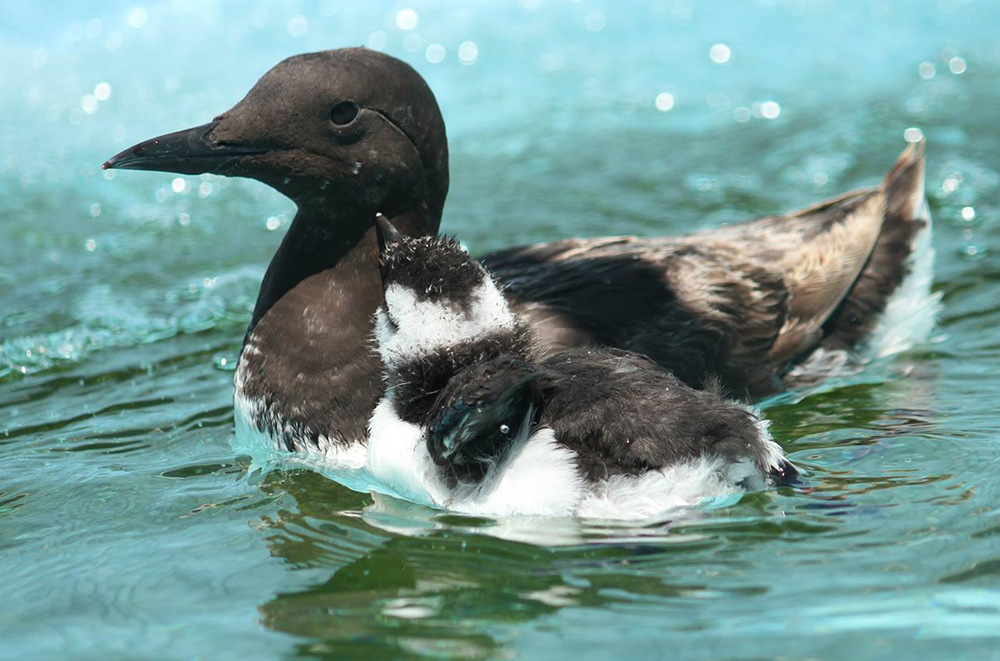 1 thought on “Photo of the Week: “Tugboat” Baby Common Murre”