Skip to content
Home | Blog | Littlest Brown Pelican Is 2018 Bird of the Year! 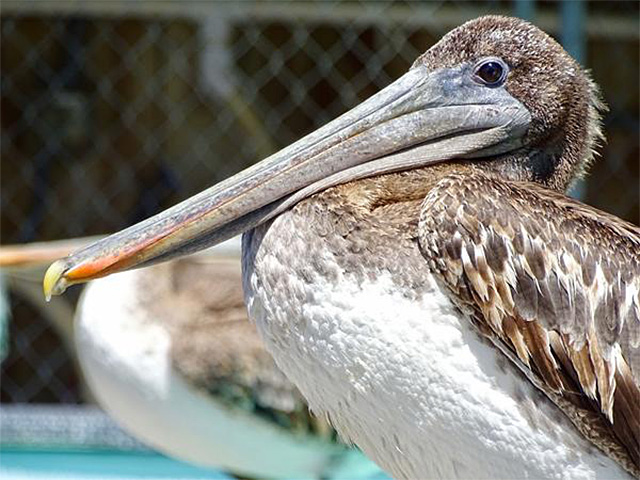 We are proud to announce our 2018 Bird of the Year: The Littlest Brown Pelican! With many strong candidates, the race remained close right up to the end, but our little Brown Pelican captured the hearts of many and garnered the most votes.

Her story began when she was rescued out of a backyard pond where she had been found, starving, and trying to feed on koi fish. This little Brown was one of more than 50 hungry Brown Pelicans to come into care at our L.A. wildlife center during the month of May. What set this patient apart from the others was her small size. 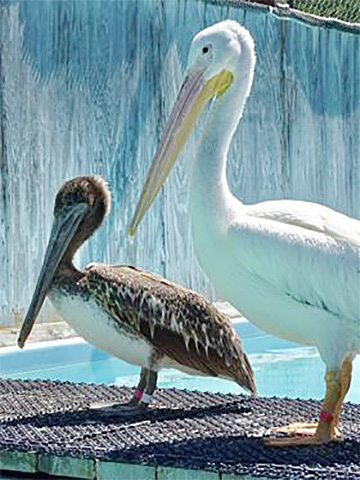 Initially weighing in at just under 2500 grams, this tiny pelican quickly became a staff and volunteer favorite, and much care and attention was given to get her feeding on her own. Once she started gaining weight and thermoregulating, we moved her to our large pelican aviary to give her space to stretch her wings and exercise. While there, she spent most of her time at the side of a very large American White Pelican. The two were an odd, but very cute pair.

On June 13th, 2018 this little Brown Pelican returned to her natural home in the wild – an event that was shared with viewers across California on local news stations. She was given a blue band with the numbers N00 at release, so keep an eye out for this little pelican and report any sightings of her or our other blue banded pelicans on our website.

This Little Brown Pelican is a beautiful representative of the difference Bird Rescue can make by being ready to respond to any crisis. Whether it’s a surge of starving birds, a botulism outbreak, or an oil spill, Bird Rescue is here to take action to rescue waterbirds in need. We look forward to continuing to take action for birds in 2019.

If you would like to help us stand at the ready to rescue waterbirds in crisis, consider donating today!