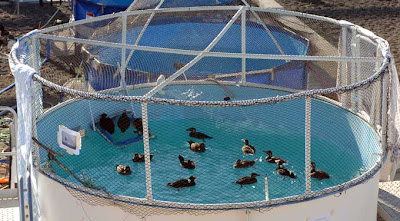 Most of the birds treated include Scoters, Scaups, Grebes, Loons and Cormorants. A complete list of birds affected by the spill will be compiled at the end of the response.

Wildlife rescue crews comprised of IBRRC response team members, OWCN participants and wardens from California Fish & Game continue to comb the bay and beaches to collect oiled birds for treatment. Most of the avian victims are weak and need of immediate attention.

All of the birds are being treated at the OWCN’s San Francisco Bay Oiled Wildlife Care and Education Center in Cordelia.

Miles of beaches remain closed after the 810-foot container ship Cosco Busan struck the San Francisco-Oakland Bay Bridge in heavy fog on Nov. 7, spilling 58,000 gallons of oil into the bay.