Skip to content
Home | Blog | A grim tally: Over a half-million birds may have died during Gulf Oil Spill 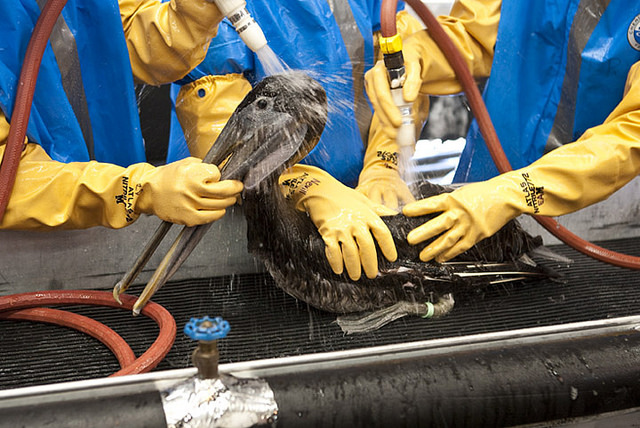 With the five-year anniversary of the Gulf Oil Spill approaching, the largest accidental marine spill in history may have killed well over a half-million birds, according to a new study published in the journal Marine Ecology Progress Series.

Using statistical models based on recovered bird carcasses and seabird density data in the Gulf of Mexico, a team of researchers has estimated that between 600,000 to 800,000 birds died in the near-term aftermath of the spill. Researchers reported that the full range of avian fatalities could be as low as 300,000 and as high as 2 million.

The four species most affected were the Laughing Gull, which suffered nearly a one-third population decline in the Gulf region, followed by the Royal Tern, Northern Gannet and Brown Pelican. Audubon Christmas Bird Count numbers of Laughing Gull populations from 2010 to 2013 appear to track the researchers’ conclusions.

Federal officials had removed the Brown Pelican from the Endangered Species List just months prior to the disaster; these birds suffered double-digit declines in Gulf of Mexico coastal habitat, according to the study.

BP, the multinational petroleum company operating the offshore rig that exploded in April 2010, has criticized the researchers’ methodology as well as funding for the paper by plaintiff’s attorneys who are pursuing litigation against the oil-and-gas giant (read BP’s public statement here).

1 thought on “A grim tally: Over a half-million birds may have died during Gulf Oil Spill”