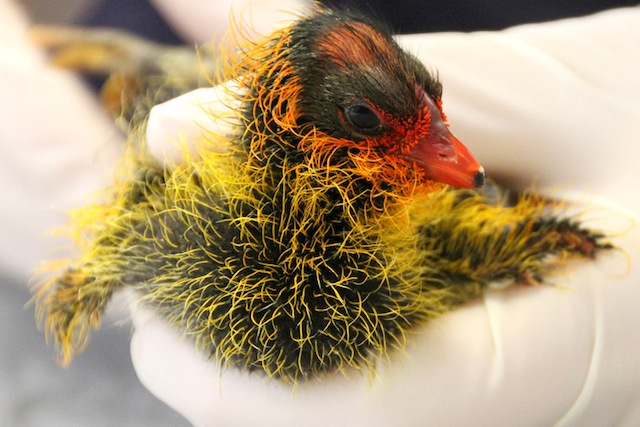 As one of our Facebook fans recently put it, “You wouldn’t think such a plain adult would come from such a psychedelic chick.”

While American Coot adults have gray/black bodies and white bills, their chicks by contrast have a rebellious streak, including this bird in care at our Los Angeles center.

A member of the Rallidae family that includes crakes and gallinules, coots are year-round residents in local freshwater wetlands. 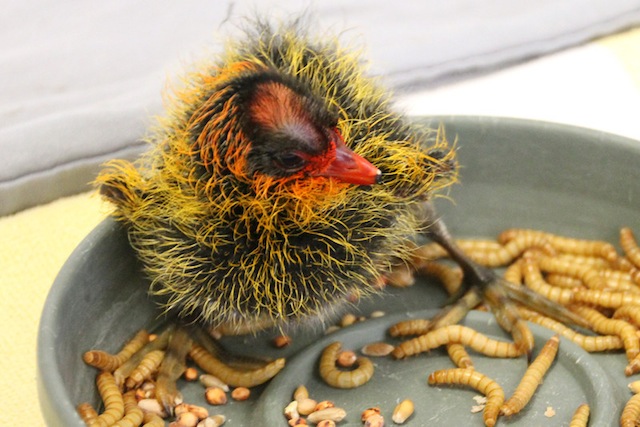 This coot came to us via California Wildlife Center last Friday, and is now self-feeding, having gained 12 grams in the past few days, rehabilitation technician Kelly Berry reports. What’s on the menu for this bird? Mealworms, as you can see here, along with other types of food including cut-up smelt and bloodworms. 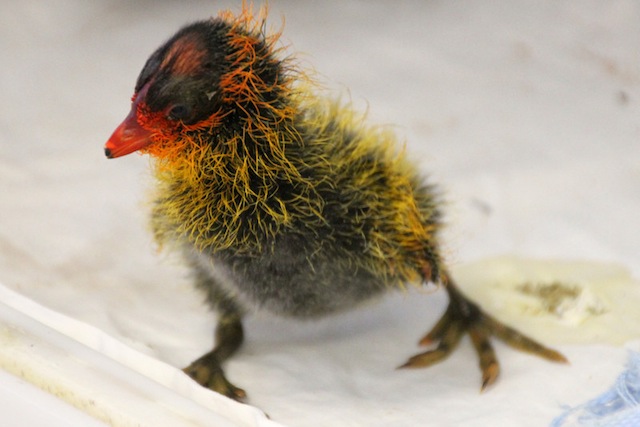