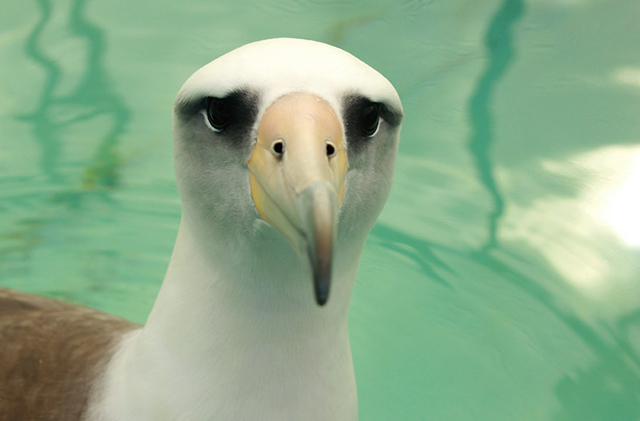 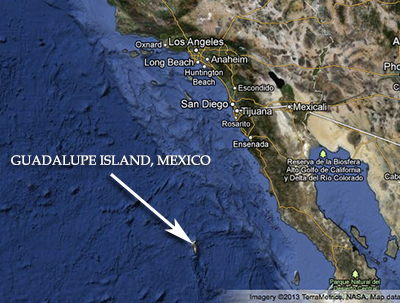 author Carl Safina wrote in the 2002 classic Eye of the Albatross. “They accomplish these distances by wielding the impressive — wondrous, really — body architecture of creatures built to glide indefinitely.”

Seeing these magnificent animals up close, it’s not difficult to see where Safina got the inspiration for this prose.

Though Laysan Albatrosses breed primarily in the Northwestern Hawaiian Islands, a breeding colony exists on Mexico’s Guadalupe Island, located off the coast of Baja California and more than 200 miles due south of Los Angeles (see map right). They are occasionally seen at our Los Angeles center, sometimes having been found as “stowaways” on cargo ships.

On Saturday, an animal control officer brought to us a Laysan Albatross wrapped in a towel; the bird had been taken to the San Pedro Animal Shelter by an unidentified member of the public. 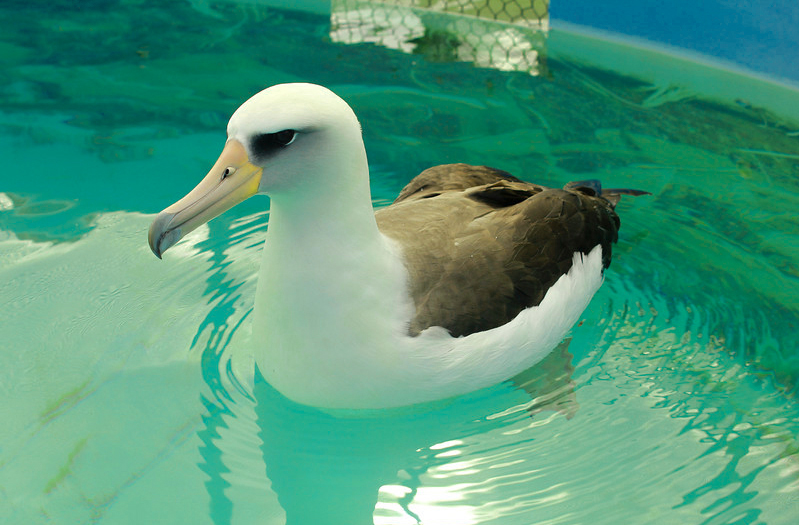 The albatross in a pelagic pool at International Bird Rescue prior to release. 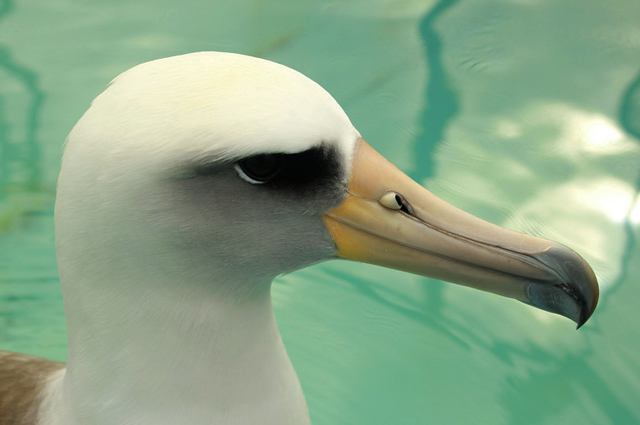 This albatross was given a full evaluation by staff. Deemed healthy, it was placed in an outdoor pelagic pool overnight, and the following day, the albatross was banded and loaded into a crate for release. 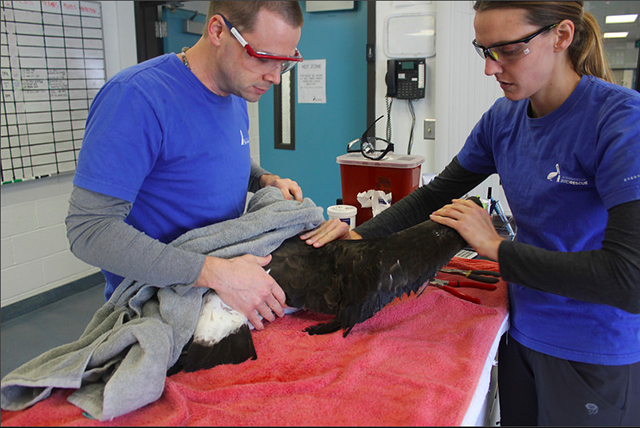 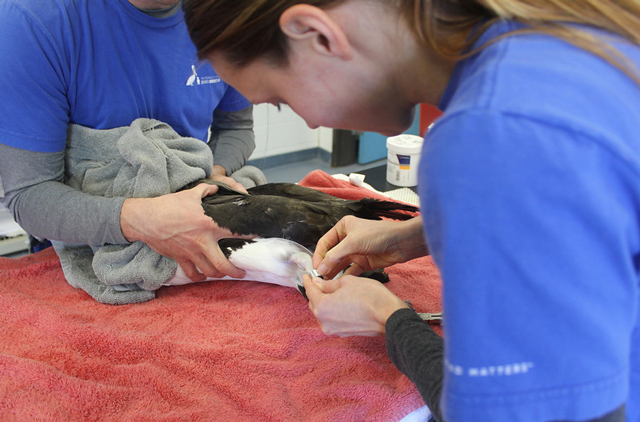 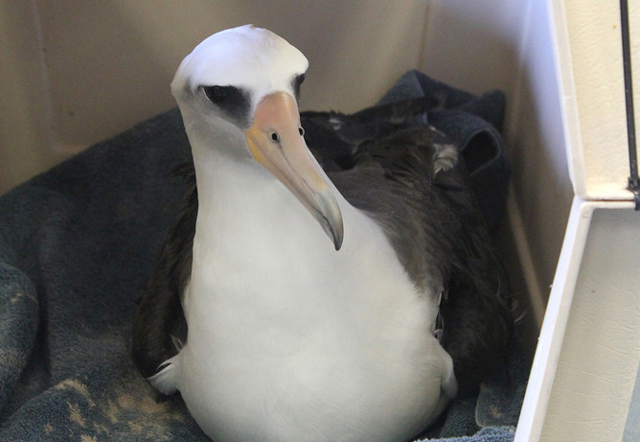 In the video below, International Bird Rescue rehabilitation technician Kelly Berry releases the albatross past the breakwaters with the help of the lifeguards at Cabrillo Beach.

“Not only is it an absolutely beautiful bird, but it was a beautiful sight to watch it fly off toward the open ocean,” Berry notes. “Overall, it was a success.” 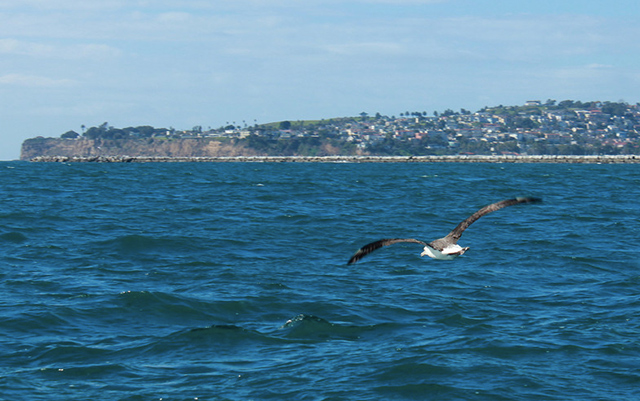 Nearly a year ago to the day, our L.A. center released an albatross that had been a stowaway on a ship. Read more on this previous patient here.