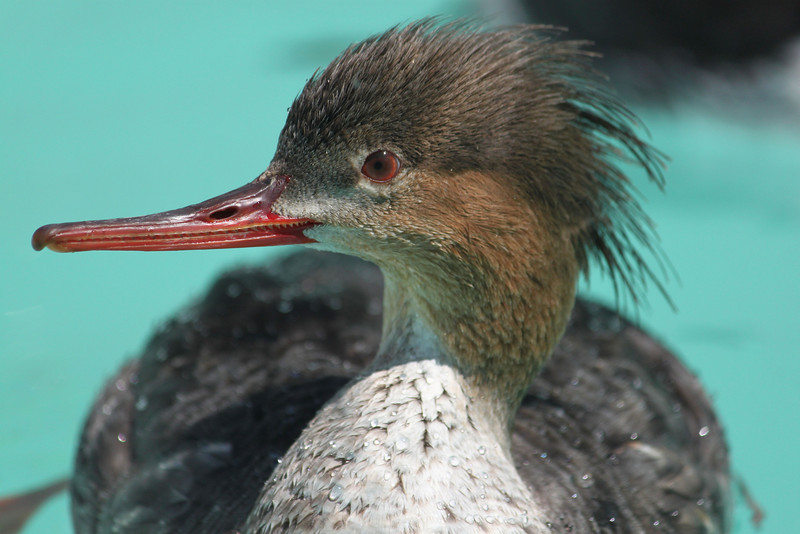 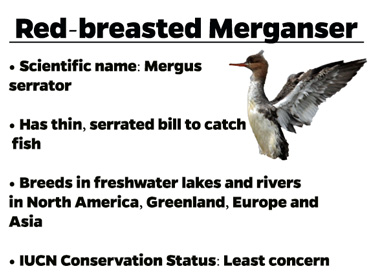 This female Red-breasted Merganser was found at Main Beach in Santa Cruz on April 6 and was transported to us via our wildlife partners at Native Animal Rescue on Saturday.

Upon intake, she was found to be emaciated with poor feather quality, and was suffering from toe abrasions, a likely result of being out of water for multiple days, rehabilitation technician Isabel Luevano reports. She also lacked crucial waterproofing and was determined to be contaminated from fish oil and feces.

The merganser received a quick wash on Monday and is now acclimating to an outdoor pool, where she’s gaining wait and eating plenty of fish. 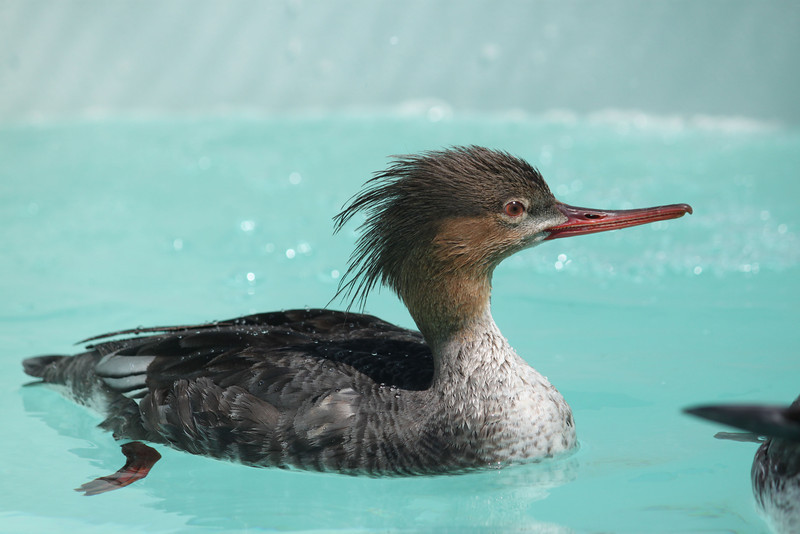