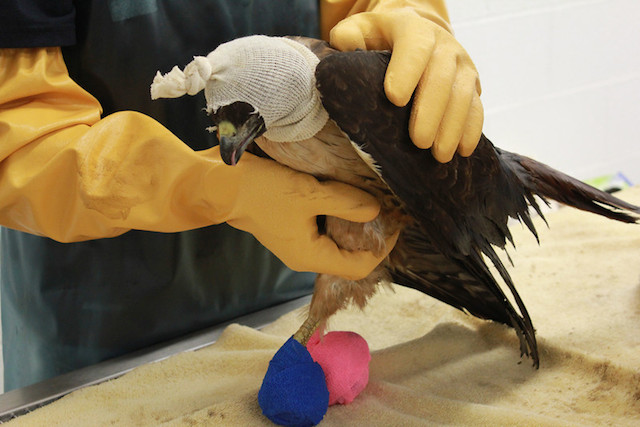 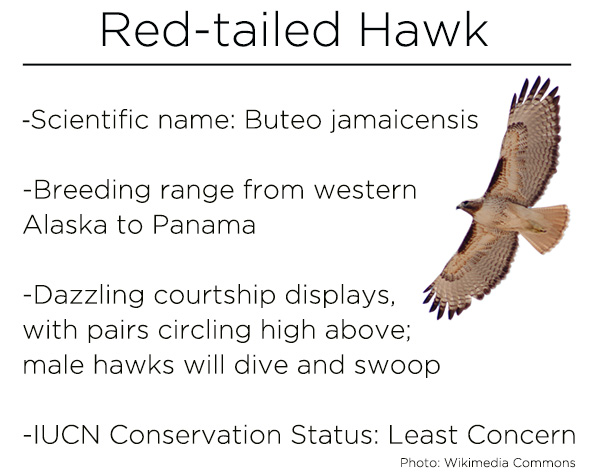 In 2013, both our wildlife centers in California cared for a number of raptors that were either oiled or affected by other substances, such as glue trap material. Though International Bird Rescue primarily cares for aquatic birds, there are times when other animals that fall outside of our usual spectrum of species need our help — including birds of prey.

This beautiful Red-tailed Hawk is an adult female believed to be part of a breeding pair, and was found at Lake Casitas, near Ojai, CA. Following her wash, the hawk was transferred to a partner wildlife organization before being transported to the Ojai Raptor Center, where she is currently living in an outdoor flight aviary.

Update: This hawk was recently released back at the location where she was found. We’re hopeful she will rejoin her mate.

Thank you to Angela Woodside for taking these images of the hawk during the wash process in December. 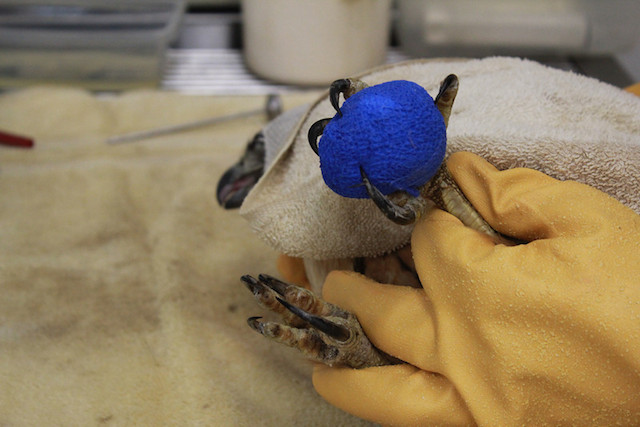 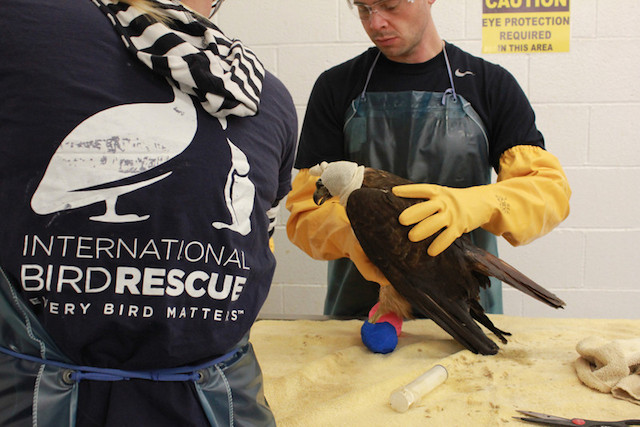 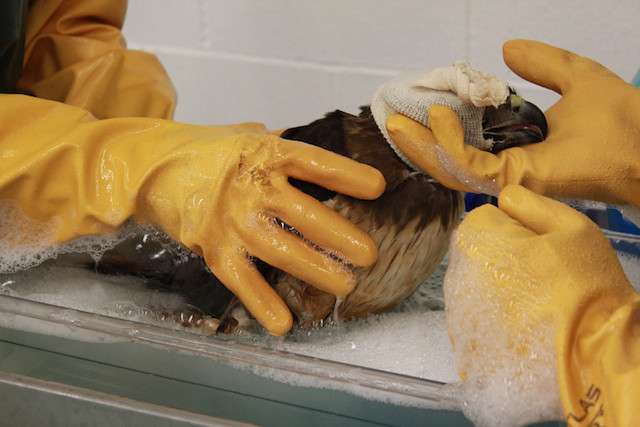 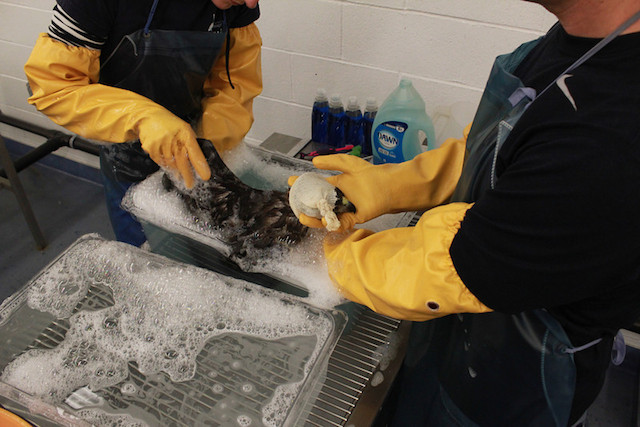 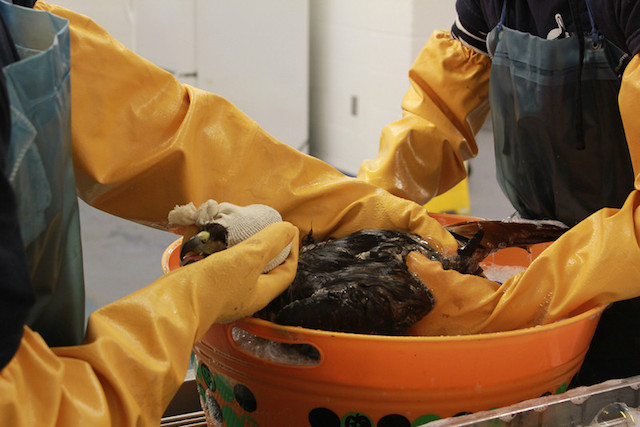 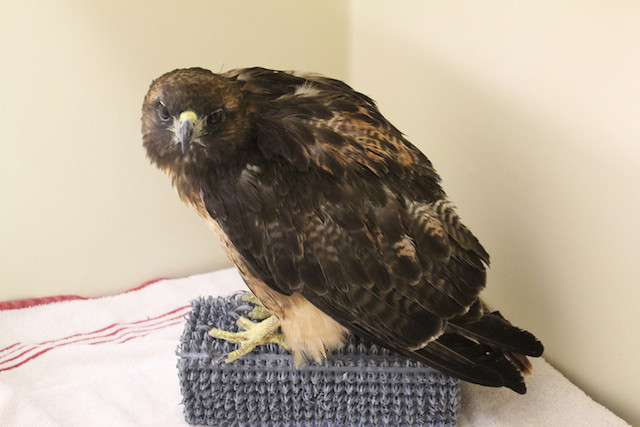