Skip to content
Home | Blog | A Tern Up for the Books 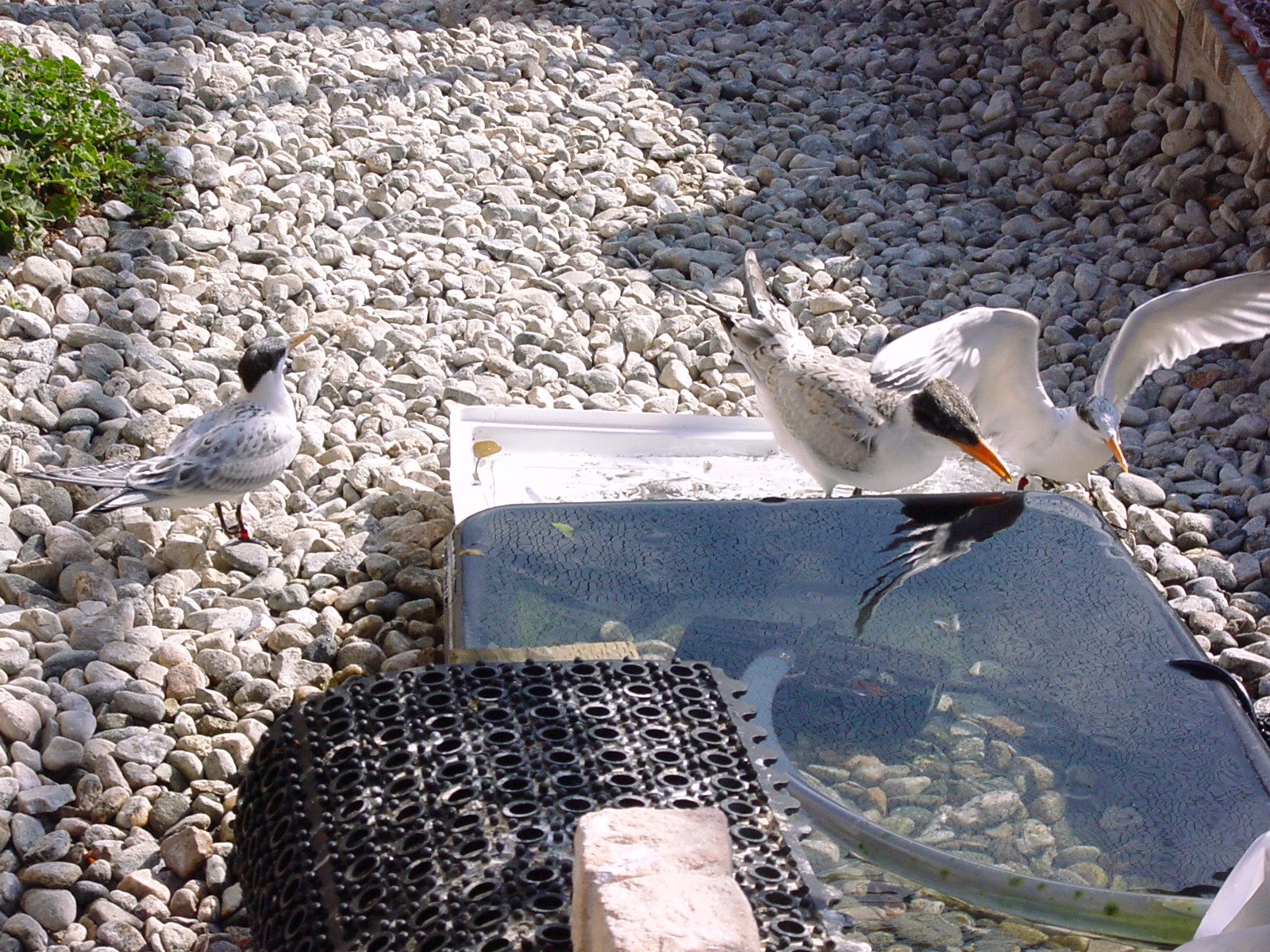 Last week we received bittersweet news from our colleagues at Wetlands & Wildlife Care Center in Huntington Beach, California. They had received an injured Caspian Tern wearing a silver leg band. When we checked out the band number we realized that this bird was one of the Tern chicks that we had rescued and rehabilitated after its colony was destroyed in Long Beach Harbor in June 2006. This news was bitter because the bird’s injuries were so severe that it had to be euthanized, but the sweetness of this story overrides the loss, as we knew that this bird had experienced six years of freedom against some real odds.

International Bird Rescue first learned about the Tern massacre on June 28, 2006 when staff at our Los Angeles Center received a call from the lifeguards in Long Beach that a bunch of baby birds – both dead and alive – were washing up on shore in an area where people were enjoying the beach. They wondered if we could we come and get them. This sounded suspicious, so four of our staff went to the site only to discover that the beach was littered with hundreds of dead baby Terns ranging from tiny, few-day-old chicks to older, yet still unflighted young Terns. Our staff has been trained during oil spills to pick up live and dead birds, as the dead ones are important evidence, and considering that something fishy seemed to be going on, our staff decided to collect all of them.

The next day we received another call from the lifeguards that more chicks were washing up, and an additional call from Dan Salas, president of Harbor Breeze Cruises in Long Beach. He had been taking his passengers to two barges in the middle of the Harbor to see the Tern colonies that were thriving on top of these perfect nesting spots for Terns who had lost their natural nesting habitat due to the growth of the Harbor. Salas had watched as a cleaning crew steam washed the second barge deck clean, hosing all of the birds off into the water – clearly oblivious to the fact that these were living and thriving animals, let alone vulnerable babies.

The mystery was solved, and our staff picked up another 200 or so dead baby Terns and a few more survivors. An entire year’s population of baby Caspian and Elegant Terns were wiped out so that the barges could be clean and ready to set off fireworks for the upcoming Fourth of July celebrations! The case was handed over to California Fish & Game for investigation, and International Bird Rescue held the evidence, more than 400 dead and only 25 live Terns, at our Center.

Our focus was on the live Tern chicks. The live birds numbered 10 Elegant and 15 Caspian Terns. We had rehabilitated baby Terns before, but it had been a challenge to get them to eat on their own, without parents. They all came around fast and did well self-feeding from bowls, but the next step was to teach them to catch live fish on their own. Once the chicks began to fly and exercise their wings they were moved into our smaller Pelican flight aviary so that they could exercise, plunge feed and hopefully gain weight. This aviary is about 35 feet long and 25 feet high with a deep pool taking up two thirds of the cage. Live minnows and other small fish were put in shallow pans and in the deep pool.

The Elegant Terns immediately went after the live fish, plunging, capturing, and devouring them. This was an encouraging sign and it was hard to keep them satisfied. The Caspian Terns, however, sat there and begged, squawked and occasionally went to their feed bowl to eat dead fish. Like spoiled children they did not want to do much. They did like chasing the live fish in shallow dishes, but they would not fly and plunge like the Elegant Terns. This was a real source of frustration for us, but we kept at it.

A few weeks later, in August 2006, it came time to release the Terns. All birds were banded with silver metal bands on release, and the Caspian Terns were given an additional plastic band courtesy of Tern biologist, Kathy Molina. Without their parents Tern chicks only have a few short days to figure out how to catch fish on their own or they will starve. Therefore, they all had to be released in the perfect place that would give them the best chances of survival. The Elegant Terns were released in the Harbor and they took off with the wild Elegant Terns who came to meet them. In order to give the less self-reliant Caspian Terns the best chance of survival we released them in one of the many Caspian Tern colonies at the Salton Sea, where there were chicks their size and waters teaming with small fish. That was the end of it; some were sighted within the days that followed, but they left the colony soon after like normal Tern chicks do.

The Caspian Tern that was found last week with severe injuries was one of these same chicks! An against-all-odds survivor of the 2006 Tern massacre, this bird had enjoyed six years of life and freedom!  We have since learned that this bird had been sighted twice at Bolsa Chica Wetlands in Huntington Beach, first on May 16, 2009 and then on April 27, 2010.

The significance of this discovery is monumental to us and important to wildlife rehabilitation. This is the sweet part of the story. There are many hardcore folks who think we are off our rockers to care for birds like these baby Terns, since their chances for survival are less than what they would be in the wild. We have even been told that we should kill babies like these – but we don’t agree. We understand that we are not Tern parents and that in it self is a limitation, but we also know that instinct has a lot to do with survival, so providing these birds with every opportunity to forage and act like Terns goes a long way. From tiny Brown Pelican chicks to Snowy Egrets who go on to mate and produce healthy young, we have proven the power of customized rehabilitation with many, many species, and this Tern was no exception.

International Bird Rescue’s tagline “every bird matters” really means that every life matters, and these 25 baby Terns deserved a chance to have the life that they were born into just as much as the 400 birds that people had killed. We have endeavored to hone our rehabilitation skills over the years so that birds like these can have a second chance. Why not try to give it to them? We are proud that this has paid off in a myriad of ways with many species, and we always do our best to advance our understanding and skills.

In closing, I want to acknowledge our staff for not only dealing professionally with a very difficult situation, collecting evidence that could not be disputed, but for having the strength to witness and endure this horrific event. This was hard on them, to say the least, but they were gallant and just did it. The company that hired the cleaning crew was fined $15,000 for killing 400 Terns. I pushed as hard as I could to secure a portion of that fine to offset the expenses of collecting and storing the evidence and costs of raising the baby Terns, but all the money from the fines was given to a well-known national wildlife protection organization that had nothing to do with this situation and that likely did not even know about it. We did not receive a penny or even an acknowledgment – but we got something better.

International Bird Rescue now has proof that our efforts paid off. If one Tern made it, then it is likely that others made it as well. We have found a bird, Caspian Tern band number 925-76178, who endured being hosed off a barge, saved from drowning, raised by humans, driven to the desert, double banded and turned loose to fend for itself at about two months of age. This bird went on to live for six years! Don’t forget the story of this bird, or the people who gave it a second chance.

3 thoughts on “A Tern Up for the Books”