In addition to serving on the Board of Directors, Toni has been an active clinic volunteer at both International Bird Rescue’s San Francisco Bay-Delta Wildlife Center and at WildCare in San Rafael, CA, since 2015. She started her career with Tiffany & Co. in 1980, and rose to the position of Director Business Sales from 1993 through 2009. Toni has a Bachelor’s Degree from California State University – Long Beach. She lives in San Anselmo, CA.

John’s 25-year Coast Guard career included assignments in New England, the Mid-Atlantic, Central Pacific, and Alaska, numerous oil spills responses (including the Exxon Valdez), and emergency salvage and abandoned vessel removal. He retired from the Coast Guard in 2006 as Captain of the Port of Southeast Alaska. He then joined Princess Cruises as VP Fleet Security where he was responsible for security operations and policy development for 18 ships on worldwide itineraries. John lives near Los Angeles and holds a B.S. in Marine Science from the U.S. Coast Guard Academy and a M.S. in Oceanography from the University of Rhode Island.

Ian received his veterinary degree from the University of Bristol, UK, in 1975 and the diploma of Fellowship of the Royal College of Veterinary Surgeons (UK) in 2006. After a spell in general practice he joined the Royal Society for Prevention of Cruelty to Animals (RSPCA) in 1990, to establish the Norfolk Wildlife Hospital, which treated over 6,000 wildlife patients annually. In 2003 he joined the International Fund for Animal Welfare (IFAW), moving to Cape Cod, Massachusetts in 2006 and rose to the position of Vice President for Animal Welfare and Conservation before retiring in 2016. As part of his involvement in wildlife rehabilitation and conservation, Ian has attended many oil spills, wildlife emergencies and disaster responses globally. 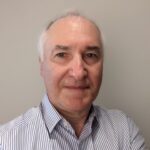 Dave Wittrock is a retired tax CPA and attorney with over 40 years experience, working in Seattle and San Francisco. Until retiring in January 2021, he was the managing partner in a CPA firm specializing in corporate tax and financial matters. His clients ranged from a $5MM venture funded startup to $500MM public companies.

Dave is past Chairman of the Audit Committee of California Micro Devices, a small cap public semiconductor manufacturer. Previously, he was VP Finance with Rioport Inc., an online music company, and 11 years as tax partner with KPMG, an international CPA firm. While a partner at KPMG, he was the National Director of Life Sciences Tax Services for the firm, and held other leadership positions.

Prior to joining MSRC Carmine was the Exxon Mobil Corporation, Global Emergency Preparedness & Response Manager where he managed a global team of senior advisors that establish and support the process, tools, and training of Exxon Mobil businesses and joint ventures globally in the areas of emergency preparedness and response (EP&R).

From February 2011 through September 2015 he was seconded from Exxon Mobil to the Marine Well Containment Company as the Health, Safety, and Environment Officer, to build industry capability post Deepwater Horizon.

Prior to joining MWCC, Carmine was in several emergency preparedness and Security roles for ExxonMobil Development and Production Companies, and was both the Commercial Manager and Operations Manager for SeaRiver Maritime.

He sailed for several years and held a Masters License: Unlimited Tonnage and earned degrees from Texas A & M University and Texas Maritime Academy. He also served in the Naval Reserve.

Maria Hartley
Chevron
Board Member since 2018

Dr. Maria Hartley is the global technical lead in Chevron’s Center for Emergency Preparedness and Response and has been with Chevron since 2008. She is also the assistant lead of Chevron’s Environmental Functional Team which is responsible for providing technical specialists to address environmental issues during potential oil spills and other emergencies. She developed and implemented Chevron’s industry-leading environmental standards and processes worldwide, such as ESHIA (environmental, social, health impact assessment) and the Natural Resources Environmental Performance Standard, and led permitting initiatives for Chevron’s major international capital projects. She advises on biodiversity and endangered species issues and advocacy. Maria also volunteered her expertise to the Red Cross assisting and supporting disaster assessment.  Receiving both her Doctorate and Masters of ecology from Rice University, she is now an Adjunct Assistant Professor teaching Ecosystem Management at Rice, and elected member on the Board of Affiliates for the Professional Master’s Program and on the Advisory Board of the School of Natural Sciences. Maria is a British citizen, currently residing in Houston, Texas. 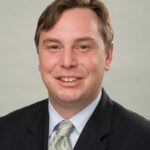 Zach Hutton is the chair of the San Francisco Employment Law Department. His practice spans all aspects of employment law, including discrimination and harassment, family and medical leaves, and wage and hour issues. Mr. Hutton has successfully represented employers in numerous class and collective actions, agency investigations, individual plaintiff cases, and administrative hearings. He has tried cases to verdict, and secured early dismissal of individual and class claims. 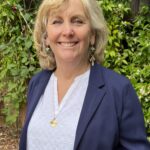 Martha Joseph,
Board Member since 2022

Martha, a volunteer at International Bird Rescue’s Cordelia wildlife center since 2013, is an avid bird watcher, hiker, and conservationist.

Martha can frequently be found combing the wild and scenic beaches of Point Reyes National Seashore completing bird and marine mammal surveys for Beach Watch, a NOAA shoreline monitoring program managed by the Greater Farallones Association. She is also a supporter of the John Muir Land Trust, first volunteering 30 years ago to assist its successful campaign to purchase Mt. Wanda, once owned by naturalist John Muir and now part of the John Muir National Historic Site.

A former journalist for a San Francisco-based newswire service and East Bay newspapers, Martha earned a bachelor’s degree from UC Berkeley in 1980. After raising two children with her husband in Martinez and spending years volunteering in their schools, she went on to work for the school district for more than a decade. She retired in 2020.

Elizabeth Kinney leads communications across P&G’s North America Home Care business, which includes brands such as Dawn, Cascade, Swiffer and Febreze. She has spent the past nine years at P&G, working across the company in a variety of roles, including corporate media, sustainability, Fabric Care communications, and on P&G’s ‘Thank You Mom’ program. She has a Bachelor’s degree from DePauw University in Indiana, and a Masters in Strategic Communications from American University in Washington, D.C. She is located in Cincinnati, Ohio, where she lives with her husband, Doug. 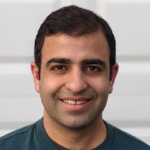 Anjul Patney
Board Member since 2023

Anjul Patney is a Principal Research Scientist in NVIDIA’s Human Performance and Experience research group, currently based in Redmond, Washington. He conducts academic research in the areas of computer graphics, esports, machine learning, and virtual and augmented reality. Previously, he was a Research Scientist at Facebook Reality Labs (2019-2021) and a Senior Research Scientist in Real-Time Rendering at NVIDIA (2013-2019). He received his Ph.D. from UC Davis in 2013 and his Bachelors in Technology from IIT Delhi in 2007.

In his personal time, he likes to spend time with his family. He also occasionally fosters dogs from local shelters.

JD Bergeron is fascinated by birds. After 20 years of non-profit leadership, JD found a way to bring his passion together with his work experience to become the Executive Director of International Bird Rescue, a nonprofit founded during a major oil spill to help affected wildlife. An unconventional problem solver, JD has redirected Bird Rescue’s impressive track record of working over 230 oil spills to take on the many challenges wild waterbirds face today. JD leads by example, modeling qualities of integrity, mindfulness, and wonder for his dedicated team.

JD thrives on finding innovative ways to inspire others to take action. Moved by his time in the Peace Corps, the nonprofit startup Kiva, and his international travels, he founded Chooda, a volunteer-run incubator with the mission to help inspire change through outdoor adventures that engage individuals with world challenges.

A lifelong lover of nature, JD retreats to the outdoors to gain perspective and to soothe the soul. He counts his month among a million albatrosses on Midway Atoll as the experience of a lifetime. After the magic of Midway, JD returned to Bird Rescue with a renewed passion and commitment to protect the natural home of wildlife and ourselves. He lives with his husband and two rescue dogs in Martinez, CA. His interests include spirituality, drawing, writing, cycling, and volunteering as a Burning Man Ranger.