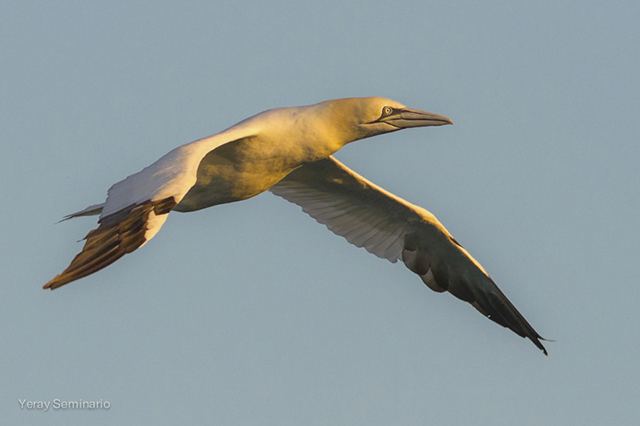 — Critically endangered species such as the Waved Albatross are among the estimated 400,000 seabirds killed every year by gill nets — and the number of victims could be much higher, researchers note in the journal Biological Conservation.

While the mesh used in such nets is designed to ensnare fish by their gills, the technique used by local fisherman and commercial vessels alike can catch other animals too large to swim through, including sea turtles and marine mammals.

Avian species most affected are plunge divers, such as Northern Gannets (shown above). Via New York Times:

“It’s quite startling,” said Dr. [Cleo] Small, who heads the global seabird program at the British conservation group BirdLife International, which sponsored the study. “In Japan, for example, some populations have already been extirpated on islands. Some colonies have disappeared where there is gill net fishing, and in other areas they have dramatically declined.”

Nearly half of the seabirds killed by gill nets were in a section of ocean stretching from the northern tip of Africa to north of Greenland and Scandinavia. The bird catch was said to be especially high around Iceland, a prolific seabird habitat, where researchers estimated that 100,000 birds die every year.

But at least 140,000 die annually in the northwest Pacific, an area extending from the Aleutian Islands west and south to Russia and China, the study said. [NYT]

— On the subject of gannets: Another recent study shows that despite their reputation as voracious eaters, the birds don’t encroach on the feeding territory of neighboring colonies. “We found that Northern Gannets, satellite-tracked from twelve neighboring colonies, nonetheless forage in largely mutually exclusive areas and that these colony-specific home ranges are determined by density-dependent competition,” researchers wrote in Science. “This segregation may be enhanced by individual-level public information transfer, leading to cultural evolution and divergence among colonies.” [h/t Audubon Magazine]

— A smartphone app that mimics birdsong and has been used to lure birds out into the open could have devastating effects on mating and breeding: “Repeatedly playing a recording of birdsong or calls to encourage a bird to respond in order to see it or photograph it can divert a territorial bird from other important duties, such as feeding its young,” Royal Society for the Protection of Bird’s Tony Whitehead said of the apps. [The Telegraph]

— With a reported 120 bird strikes at San Francisco International over the past 18 months, officials in nearby Millbrae are considering a ban on public bird feeding at BART stations and other locations, though the full scope of the proposed ordinance and its enforcement is unclear. [NBC Bay Area] 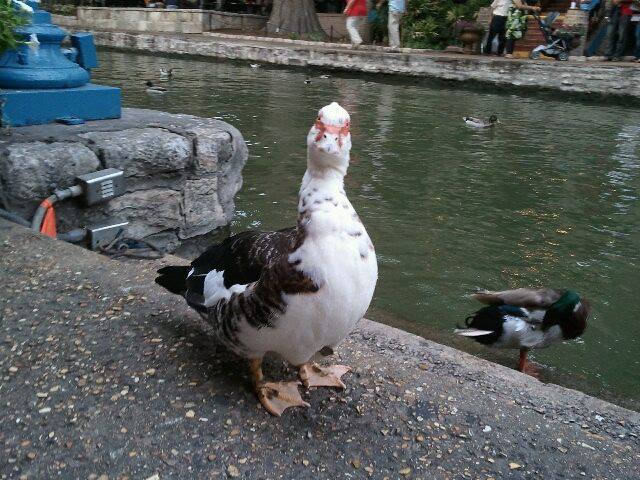 — A few weeks ago, we linked to the story of George, the famous San Antonio River Walk duck recently found tortured and killed. A $10,000 reward has been posted and the local community has started a Justice for George Facebook page. [Facebook]

— In their attempts to navigate through thick fog, migrating American Redstart, Magnolia and Palm Warblers landed on a Wisconsin Department of Natural Resources research vessel 16 miles out in Lake Michigan.

“Some were so tired I could catch them with my hand and bring them into the cabin. Some of them would land and it was almost like they were in hypothermia, they were shivering,” DNR fisheries technician Tim Kroeff told the Milwaukee Journal-Sentinel. [JSonline.com]

— TwitPic of the day, via Russ Curtis: 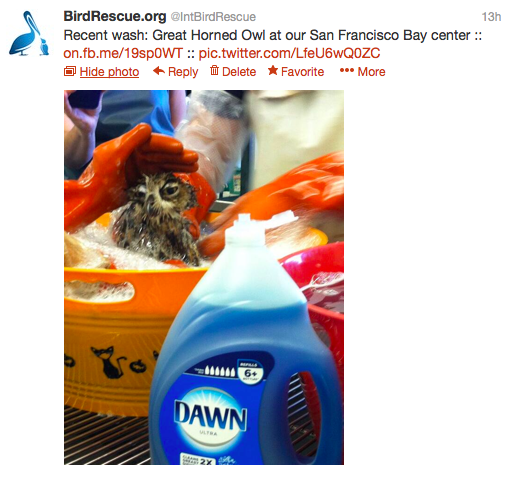 Thank you to IBR volunteer Margee Scannell for taking this memorable photo!

Are you following us on Twitter? Check out @intbirdrescue for your “Every Bird Matters” fix!