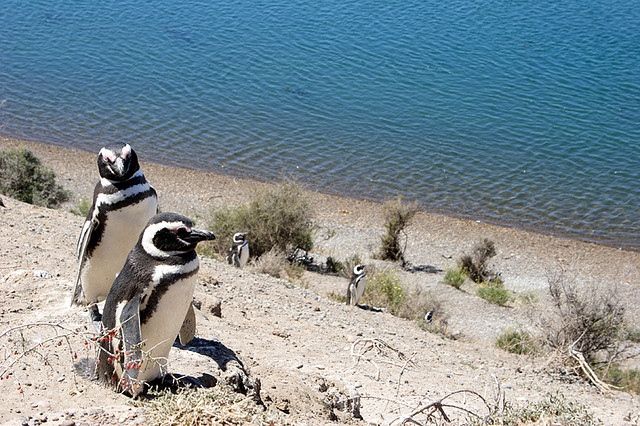 In this week’s round-up: sobering factoids on the Pacific Plastic Gyre, American White Pelicans on the rebound in North Dakota, Magellanic Penguins turn up on Ipanema Beach, and Congress passes a bill to help restore the Gulf, two years after the Deepwater Horizon disaster:

—The volume of plastic debris in the North Pacific Subtropical Gyre has increased by 100 times over the past 40 years — and nine other sobering facts you should know about the Great Pacific Garbage Patch. [Greenbang]

—This problem is also slouching towards shore: In a new study published in Marine Pollution Bulletin, a research team led by University of British Columbia grad student Stephanie Avery-Gomm examined the stomach contents of beached Northern Fulmars. Their findings? A staggering 92.5% of the birds had ingested plastics, from Styrofoam to candy wrappers. “Like the canary in the coal mine, Northern Fulmars are sentinels of plastic pollution in our oceans,” Avery-Gomm told Science Daily. “Their stomach content provides a ‘snapshot’ sample of plastic pollution from a large area of the northern Pacific Ocean.” [Science Daily]

—And: Using Midway Island’s embattled Laysan Albatross population as a case study, a team of filmmakers is nearing their $100,000 fundraising goal to create a documentary on the plastic conundrum. [Kickstarter]

—But to the north, researchers find that nearly half of Canada’s 451 native bird species have seen their populations decline since 1970, with Horned Grebes and Northern Pintails falling in number by a staggering 70%. [St. Albert Gazette]

—In Brazil, young Magellenic Penguins continue to go astray of their normal migratory route, ending up on the beaches of Rio de Janeiro and often in poor health. BBC News reports that the Brazilian environmental agency IBAMA will transport many rehabbed animals back to their natural habitats further south. [BBC News]

—President Obama has signed into law an omnibus transportation bill that includes the RESTORE Act, which mandates that 80% of fines to be paid by BP as a result of the 2010 Deepwater Horizon oil disaster will be distributed among the five Gulf states for coastal restoration. However, during last-minute wrangling Congress scrapped a provision to create a national endowment for coastal habitats. [The Advocate]