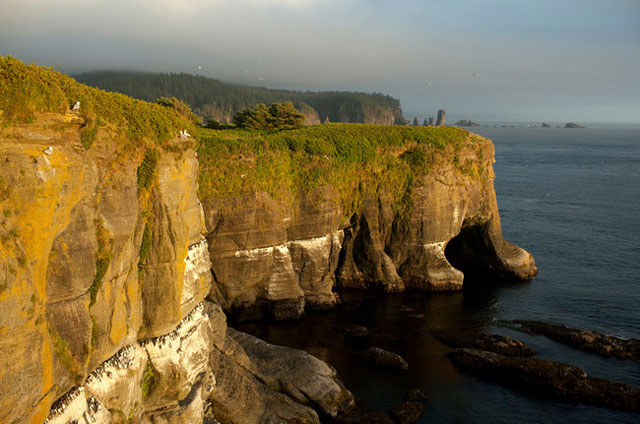 In this week’s round-up: declining murre populations on a Pacific Northwest island, Larry Ellison’s plans for Lanai and the latest news from the Great Pacific Garbage Patch. (Photo by Matthew Ryan Williams for the New York Times)

—Researchers find disturbing cross-species population declines on Washington state’s tiny Tatoosh Island: “[H]istorically hardy populations of gulls and murres are only half what they were 10 years ago, and only a few chicks hatched this spring. … Biologists suspect that the shifts are related to huge declines in the water’s pH, a shift attributed to the absorption of excess carbon dioxide being released into the atmosphere in ever-greater amounts by the burning of fossil fuels for energy.”  [NYT]

—Larry Ellison’s plans for the Hawaiian island of Lanai, of which he bought 98% of earlier this year for an undisclosed price? “A little laboratory” for environmental projects including: converting sea water into fresh water, more electric cars and more fruit exports to Japan and other nations. [Associated Press]