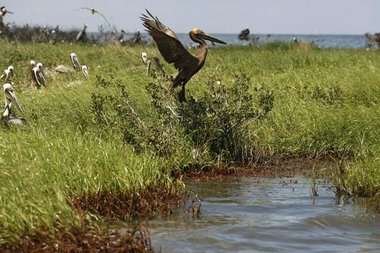 —In the wake of Hurricane Isaac, oiled animals found near inactive production facilities in Myrtle Grove marshes. [The Times-Picayune]

—And despite the deluge from Isaac, millions of migrating waterfowl will find fewer rest stops on their journey south, USA Today reports. [USA Today]

—Climate change could increase levels of avian influenza in wild birds. Science Daily writes of a new study by University of Michigan researchers:

Population ecologists Pejman Rohani and Victoria Brown used a mathematical model to explore the consequences of altered interactions between an important species of migratory shorebird and horseshoe crabs at Delaware Bay as a result of climate change.

They found that climate change could upset the carefully choreographed interactions between ruddy turnstone shorebirds and the horseshoe crabs that provide the bulk of their food during the birds’ annual stopover at Delaware Bay, a major estuary of the Delaware River bordered by New Jersey to the north and Delaware to the south.

Climate change-caused disruptions to the well-timed interplay between the birds and crabs could lead to an increase in the avian influenza infection rate among ruddy turnstones and resident ducks of Delaware Bay, the researchers found. Because Delaware Bay is a crossroads for many bird species traveling between continents, an increase in the avian infection rate there could conceivably help spread novel subtypes of the influenza virus among North American wild bird populations, according to Rohani and Brown. [Science Daily] 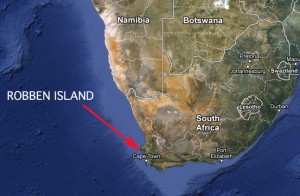 —A poignant account of a Pelican suffering from a sea lion bite, from WildRescue. [WildRescue Blog]