What bird looks a bit like a flying dinosaur, yet has the precision and power to soar majestically and dive for its food? The iconic California Brown Pelican has long been an indicator species for changes in our environment. Once decimated by DDT use, their populations have bounced back, and we want to know more about where they go and the problems they encounter once they are cared for and released from one of our wildlife hospitals.

Starting today, International Bird Rescue is unveiling a special Blue-Banded Pelican Contest. We are asking folks both young and old to go out and look for pelicans with blue bands on their legs, and then report the information (the highly visible number on the band and where they were seen) via our online reporting system (read more about this program here).

Your efforts will be rewarded! The top adult and youth band reporter will win a pair of Eagle Optics binoculars and become 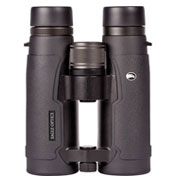 an honorary Pelican Partner, which includes a VIP tour of one of our wildlife hospitals and the opportunity for you to release a pelican back into nature. As you aid the important scientific research on the travels of the Pelecanus occidentalis, you will be helping in their conservation.

For the past 20 years, International Bird Rescue has banded more than 5,000 rehabilitated brown pelicans. In 2009, we began placing large blue plastic leg bands on our released pelicans so that the public can more easily spot their identification numbers. This is part of our ongoing post-release evaluation of these birds so that we can get an idea of their survival and travels. In September, we banded and released our 1,000th blue-banded brown pelican, so there are many banded pelicans out there. These birds have been seen from Mexico to Washington state, as well as a few in the Gulf states.

Grab your binoculars and keep an eye out for these wonderful birds. The contest runs from November 3 through January 2, 2013. Winners will be announced on January 5, 2013. We will be posting your sighting stories and hints on where to find pelicans in upcoming blog posts and on our Facebook page. More info on rules and contest details can be found here.

Help us make Every Bird Matter — and Count, too!

2 thoughts on “Birds, Bands, and Binoculars”