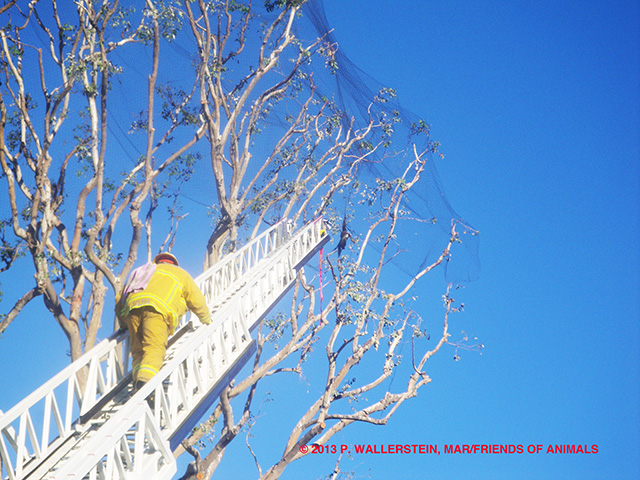 Recently, International Bird Rescue staff received reports from the public of birds getting caught in a giant net placed over trees in Marina del Rey that are popular nesting sites for Black-crowned Night Herons and Double-crested Cormorants — two common species treated at our centers. The netting was placed on the trees, located near the Marina Harbor Apartments, to prevent nesting and the droppings that inevitably end up on the cars below.

We referred these callers to Peter Wallerstein of Marine Animal Rescue. On Sunday, Wallerstein shot this image of of a firefighter from station #110 rescuing a Double-crested Cormorant hanging in the net high above. 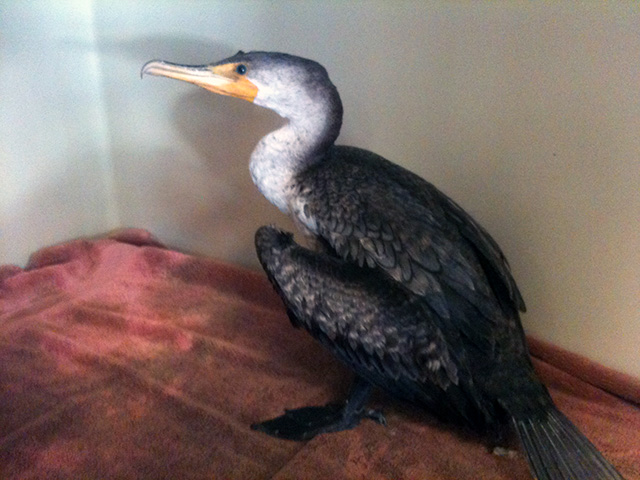 The bird has since been transferred into our care with a drooping wing. It’s doing well in care, though we don’t know if it will recover.