As 2012 draws to a close, we’re looking back on some of International Bird Rescue’s most fascinating case studies of the year. Today, we re-visit one of the most widely discussed stories on our blog: treating a Western Screech Owl that had flown into insulation foam. 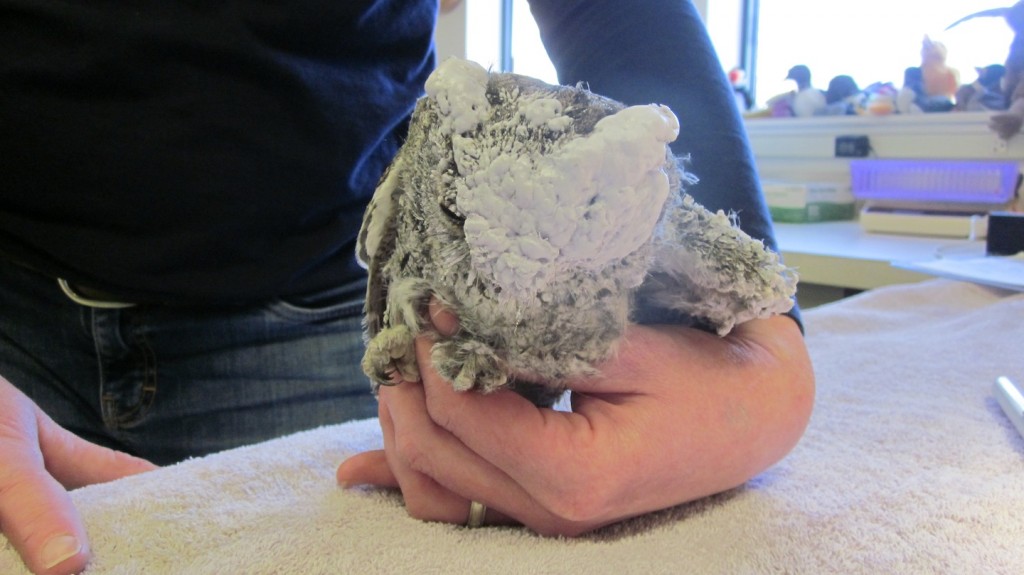 On January 5, Santa Clara County’s Injured and Orphaned Wildlife Inc. came to International Bird Rescue with a Western Screech Owl that had suffered an extremely rare and precarious injury: The bird had flown into insulation foam as workers were insulating an attic.

As soon as the patient arrived at our San Francisco Bay Area wildlife care center, he was examined and stabilized. Our clinic staff administered anesthesia and started to carefully remove some of the foam that was smothering large portions of the owl’s face and body. The bird had been attempting to preen off this toxic material and had ripped a large patch from his chest before he arrived into our care. 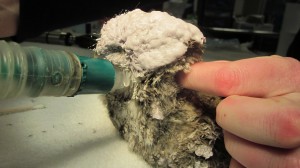 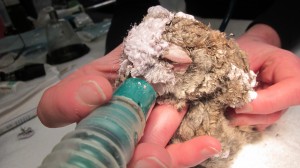 The owl under anesthesia

The owl’s nares were very irritated and his eyes were of primary concern. Both of his corneas had large ulcers, and the bird had hard foam both inside and outside his left eyelid (imagine a contact lens made of insulation foam).

Once the life-threatening foam was removed, the Western Screech Owl was returned to Injured and Orphaned Wildlife, where it began devouring mice, clacking at the volunteer caring for it and perching at the highest point of its cage. It was taken to a vet ophthalmologist with wild bird experience to follow up with his numerous eye injuries. 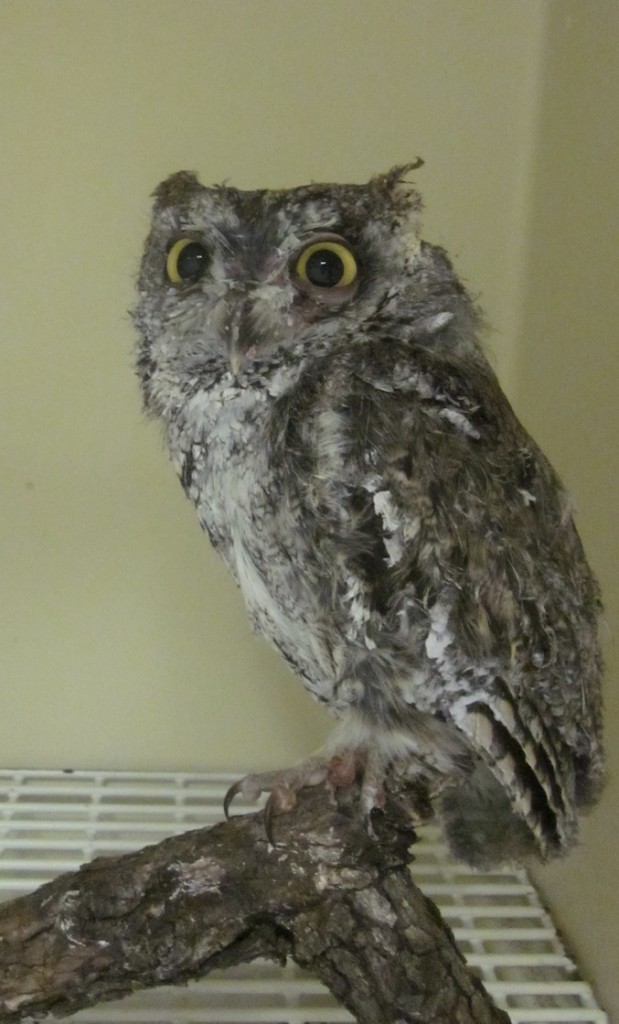 The owl rests after treatment 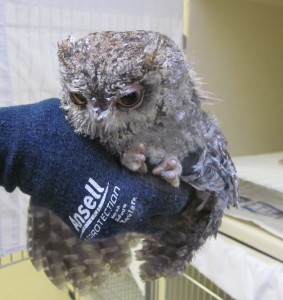 The owl after emergency care