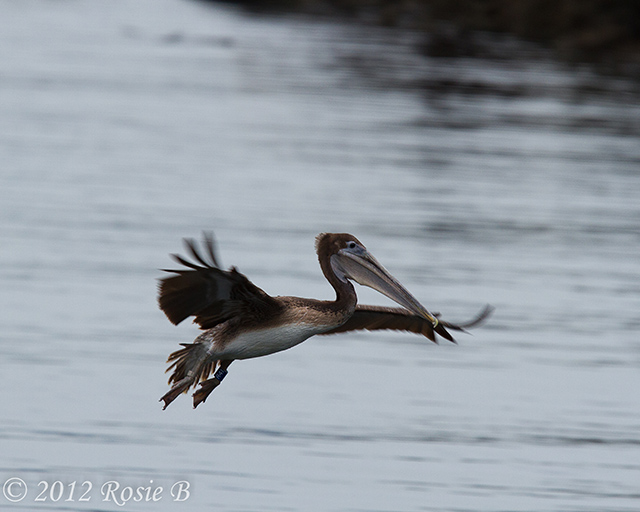 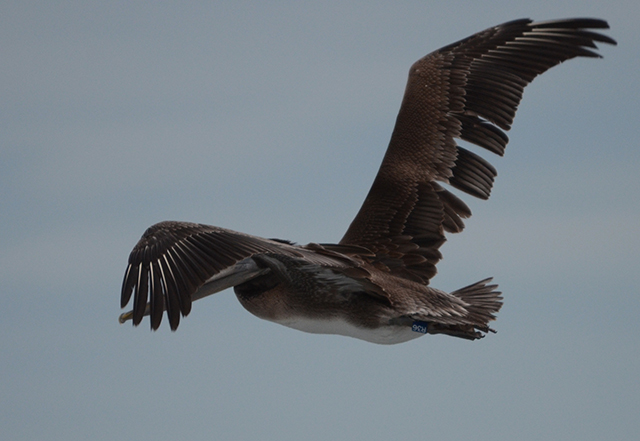 Since the launch of our Blue-Banded Pelican Sighting Contest, we’ve been receiving reports of banded pelicans every week. All of these 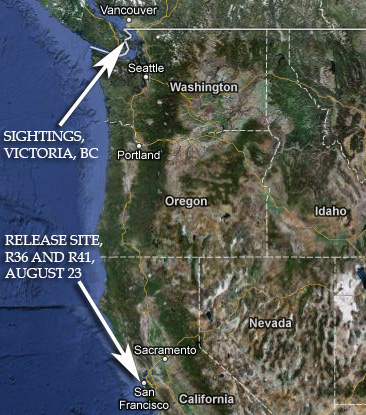 sightings are important and interesting, but a few recent ones have stood out.

R41 and R36 (shown above) are both first-year birds that came into our San Francisco Bay Area wildlife care center in July. R36 had fishing tackle injuries, and R41 was heavily contaminated with fish oil from one of the public fish-processing stations in Bodega Bay. Both were rehabilitated and released at Ft. Baker under the Golden Gate Bridge on August 23.

R36 and R41 have traveled the farthest north of any banded pelicans that we have had sightings on thus far, and both were reported as healthy and normal-acting as seen in these photos.

Not all of these rehabilitated birds survive. On October 29, T20, a first-year bird that had suffered fishing tackle injuries and was treated at our Los Angeles facility, was found dead near Las Bombas in Baja California, Mexico, 42 days after its release and nearly 600 miles from its release site in San Pedro near the Port of Los Angeles. Although the reporting of a dead banded bird is always unsettling, it’s nevertheless important information for this project. T20 recovered from its rehabilitation and clearly headed hundreds of miles south. 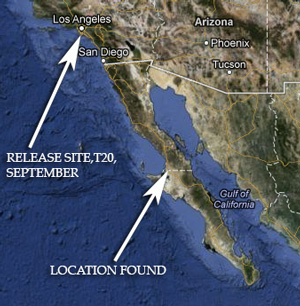 It’s sometimes thought that young birds coming into our care with fishing tackle injuries are just pier bums, begging for fish scraps and getting into trouble. But that is not always the rule. Begging for free fish and stealing from fishermen is something that many pelicans, both young and adult, do because they’re opportunistic. T20, like many other young pelicans, was no exception to the rule and likely got hooked while trying to grab fish off a line that it thought was his for the taking. But it took off for Mexico, unlike many other rehabilitated young pelicans, and survived for 42 days before it was found dead on the beach. No obvious reasons were reported.

As more banded pelicans are reported, we will share their stories. They are being discovered all along the coast, from Baja to British Columbia, piecing together a story of their survival along the way.