International Bird Rescue, along with help from an anonymous donor, is now offering a $5,000 reward leading to the arrest and conviction of the person responsible for shooting an adult male Brown Pelican in Southern California.

Anyone with information that might lead to the arrest and conviction of the person(s) responsible for shooting this bird should contact the U.S. Fish and Wildlife Service (USFWS) at 310-328-1516.

On March 12th, a pelican that could not fly, was captured by Redondo Beach Animal Control. After being brought to our Los Angeles wildlife center, International Bird Rescue staff discovered he had a broken wing (ulna) and a fishhook embedded in his right shoulder.

This case seemed like a straightforward fishing gear injury until clinic staff took radiographs and discovered the ulna fracture was due to a gunshot wound, as seen by the tiny speckles of metal visible in the X-ray image.

The fishhook injury thankfully was superficial, but the gunshot wound was very contaminated with debris and dead tissue. A few small pieces of smashed bone that were nearly falling out of the wound needed to be removed.

Our veterinarian Dr Rebecca Duerr performed surgery to pin the ulna together on March 18.  The surgery went well, but the injury still carries a substantial risk of infection and this case still holds a guarded prognosis for success.

Brown Pelicans are federally protected birds under the Migratory Bird Treaty Act. As a species only recently removed from the Endangered Species List in 2009, Brown Pelicans have enough challenges in their lives without being shot. Please encourage your friends, neighbors and relatives to treat our wild avian neighbors with kindness and compassion.

IBR depends on the support of the public to care for animals injured in cruelty incidents, as well as those harmed by fishing gear and other human-caused injuries. Please donate now 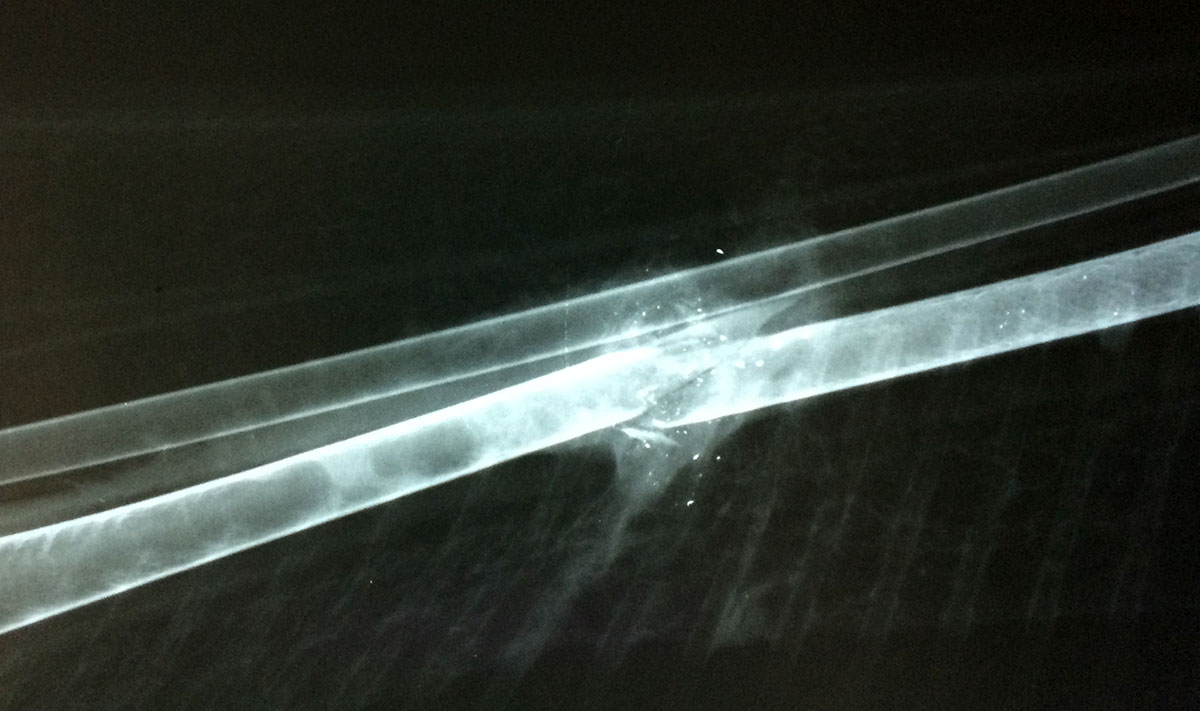