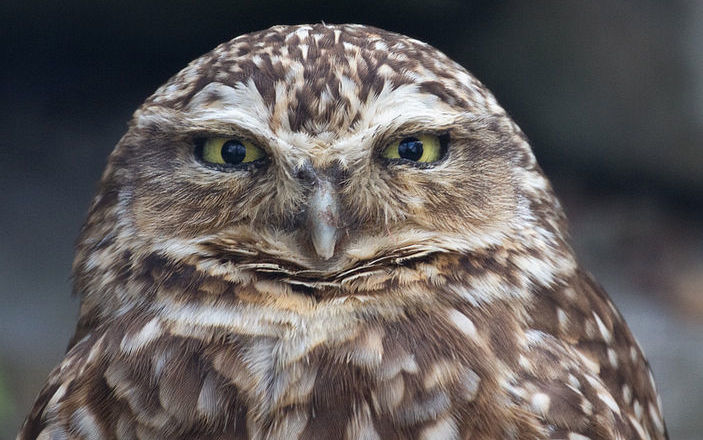 As a Master Bander since 1979, I’ve banded a lot of birds — most of them are the aquatic birds that we rehabilitate at our centers in Los Angeles and the San Francisco Bay. But I also support the local rehabbers when I can by banding birds that they are interested in, and many are raptors. As we all know, Lindsay Wildlife Museum in Walnut Creek, CA rehabilitates many animals and has a thriving raptor rehab program. I give them bands for some of the raptors that they release.

One of these raptors is a female Burrowing Owl assumed to be hit by a car in Berkeley, CA that came into care at Lindsay on Nov. 8, 2012 — one year ago today. The bird had various bruises and swelling, and radiographs confirmed a simple, mid-diaphyseal fracture of the left humerus. The fracture was pinned and wrapped, and the bird treated for over a month.

Last week, I received a band encounter from the Bird Banding Lab. On June 17, 2013, this bird was discovered alive and healthy by Jamie Groves, a graduate student of raptor biology at Boise State University who is studying Burrowing Owls near Kuna, Idaho, about 500 miles away from the release site. The bird still has her original band on, but Jamie added three color bands to easily identify the owl without having to catch her. Her color bands are: Right Leg: Mauve/Yellow and Left Leg: White/Aluminum Band.

I banded this female, as well as her mate and their 7 nestlings (about 4 weeks old at banding). She was nesting in one of the artificial burrows that had been placed in the area some time ago. The nestlings were in really good shape, and from what I recall/see in my notes the female was in great shape as well. The few band-returns we have gotten back are from California, so it seems at least some of our owls like to go to there for the winter.

A big thanks to our friends at the Lindsay Wildlife Museum for their continued compassionate and professional care of our wildlife. And thanks to Jamie for reporting this owl to the banding lab. Much appreciated! —Jay Holcomb 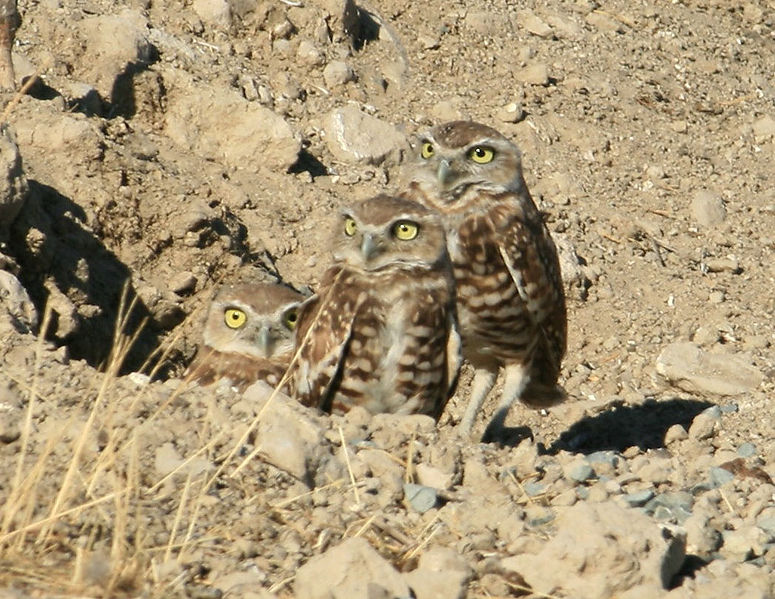