Skip to content
Home | Blog | Close-up on a Horned Grebe, one of our current BirdCam Project stars 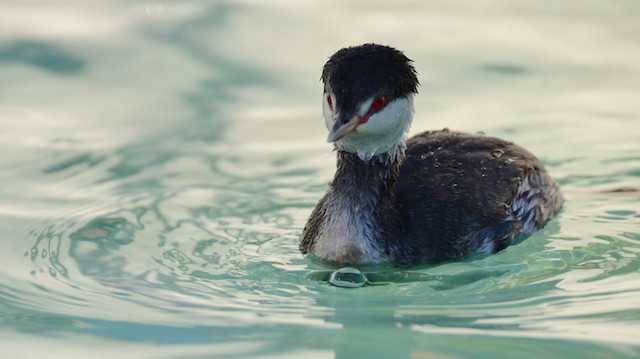 Currently recovering in a diving bird pool alongside Common Murres and Eared Grebes is this small Horned Grebe (Podiceps auritus), shown here in its winter plumage. During breeding season, this small grebe sports red-and-black plumage as well as two yellow “horns” of feather patches from its eyes to the top of its head.

International Bird Rescue rehabilitation technician Isabel Luevano reports that this Horned Grebe was admitted to our San Francisco Bay center after it was found on a house roof (certainly not a location these birds are typically found) in nearby Santa Rosa. The bird has old eye injuries but has been doing well in the pool, eating its fair share of fish. 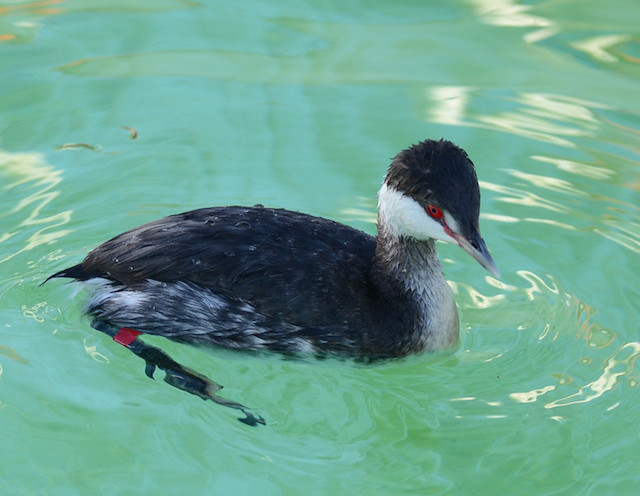