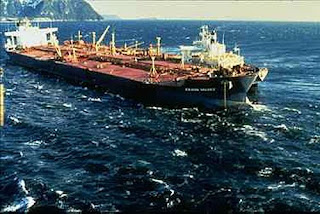 After nearly 20 years of legal wrangling, the Exxon Valdez oil spill court case has finally come to a bitter end. On June 25, 2008 the U.S. Supreme Court knocked down punitive damages in a 5-3 ruling that could have far reaching affects for victims harmed during shipping oil spill accidents.

The court reduced the award to $500 million from $2.5 Billion that more than 32,000 fishermen and Alaska Natives had been waiting to collect on oil spill claims from the Exxon Mobil Corp. The plantiffs claimed that the spill caused incredible damage to fishing grounds and harmed their ability to make a living in the area. The 1989 spill caused 11 million gallons of crude oil to harm fishing grounds in the Prince William Sound area.

A lower court originally awarded $5 Billion in damages to area fishermen who lost revenue after the spill. Another court cut that award in half to $2.5 Billion. The Supreme Court was expected to trim some of the damage award again as Justice Samuel Alito recused himself from the case. Alito owns between $100,000 and $250,000 in Exxon stock and stepped aside on the case.

For background on the spill, go to Crude Awakening IBBRC’s story on the spill and its bird saving efforts.

Exxon not cutting any checks yet: Alaska Daily News