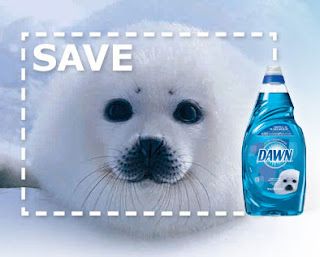 The Dawn Saves Wildlife program is still growing strong. Nearly 100,000 bottles of DAWN Dishwashing liquid have been registered online at Dawn Saves Wildlife. The top state activating bottles is California with 5,600 followed by Texas with 5,300.

We want to thank all the committed folks who have helped make this program such a success. IBRRC and the Marine Mammal Center, both based in California, split the $1 per bottle that DAWN is contributing through its manufacturer, Procter & Gamble. The extra funds go a long way in helping us care for more sick and injured birds.

Appreciation also goes out this week for the great, balanced New York Times Business Section story on the DAWN-IBRRC history. The writer documented some important information about our history using DAWN to clean oiled animals.

In 1978, Alice Berkner, founder of the International Bird Rescue Research Center, which helps birds harmed by oil spills, secured a small grant from Chevron to test all major dish soaps for cleaning birds.

The organization informed Dawn’s parent company, Procter & Gamble, which initially ignored requests to donate cases of the product, then finally agreed to do so in 1988, according to Mr. Holcomb. (P.& G. said in a statement that because Dawn had made its debut only in 1973, “In these early stages it was important for Dawn to solidify its fundamentals before pursuing opportunities the brand felt passionate about.”)

The piece is entitled: Tough on Crude Oil, Soft on Ducklings