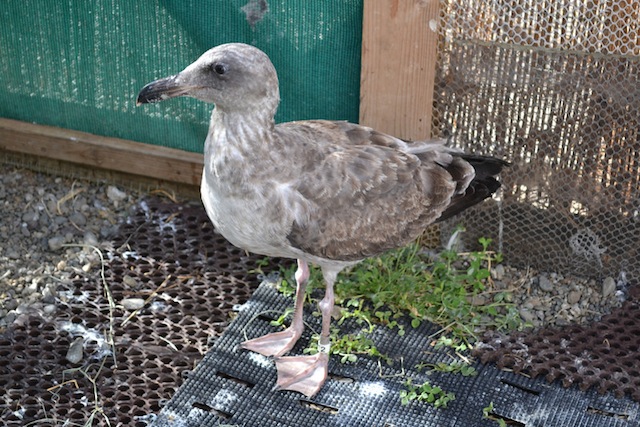 This Western Gull was transferred to International Bird Rescue’s San Francisco Bay center from Peninsula Humane Society having swallowed two large hooks. Last week, staff veterinarian Dr. Rebecca Duerr removed one hook through the esophagus at the shoulder and the other by cutting into the bird’s ventriculus through the abdomen. 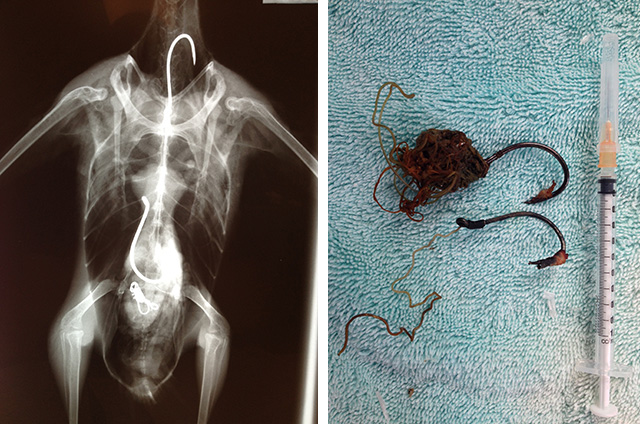 As you can see in the photo above, this gull already sported a silver federal band on its leg upon intake — and it also had a healed surgical incision from a toe amputation. Upon review, Dr. Duerr discovered that the gull had come into the center a year ago for a severely infected right foot digit #4 (the outer toe) that she had removed, as well as an infected tendon from the adjacent toe. This bird was in care for a long time with other numerous problems, but was ultimately released at Ft. Baker. Duerr reports that the gull is doing well following its hook removal surgery.

Sign up for this year’s Coastal Clean-Up Day on September 21 and make a difference. For California, visit the California Coastal Commission’s webpage. For other locations, check out the Ocean Conservancy’s clean-up day map.