Skip to content
Home | Blog | From Grounding to Take-off: A Pelican Success Story

What would you do if you came across a large American White Pelican just walking alone down a dirt road, far from any body of water? Luckily for a recent bird patient, a rescuer came across a similar situation and did the right thing. Noticing the pelican wasn’t able to fly away, the good Samaritan collected the injured bird and brought it into care at our Los Angeles wildlife center.

Our team gave the bird an initial exam and found that it was extremely emaciated, suffering from a heavy parasite load, abrasions and thorns in its feet, and a fracture to its right ulna. Clinic staff set to work treating the patient’s various ailments. At first, it took some effort to get the pelican to eat on its own, but soon it was gobbling down bowls of fish and putting on weight.

Once the ulna fracture was stable enough, we moved the pelican to our large outdoor pelican aviary to start flight conditioning. Before we release a pelican, we want to know that they have the strength and stamina they need to fly long distances out in the wild. After 62 days in care with plenty of good food and flight exercises, the American White Pelican was ready to go.

A team of volunteers transported the pelican to a nearby wetland habitat with a large flock of American White Pelicans for it to join. It is always a happy farewell when patients we worked so hard on are returned to their homes in the wild. You can see a video of its release on our YouTube channel.

Thank you to the rescuers, volunteers, and donors who helped give this beautiful bird a second chance. 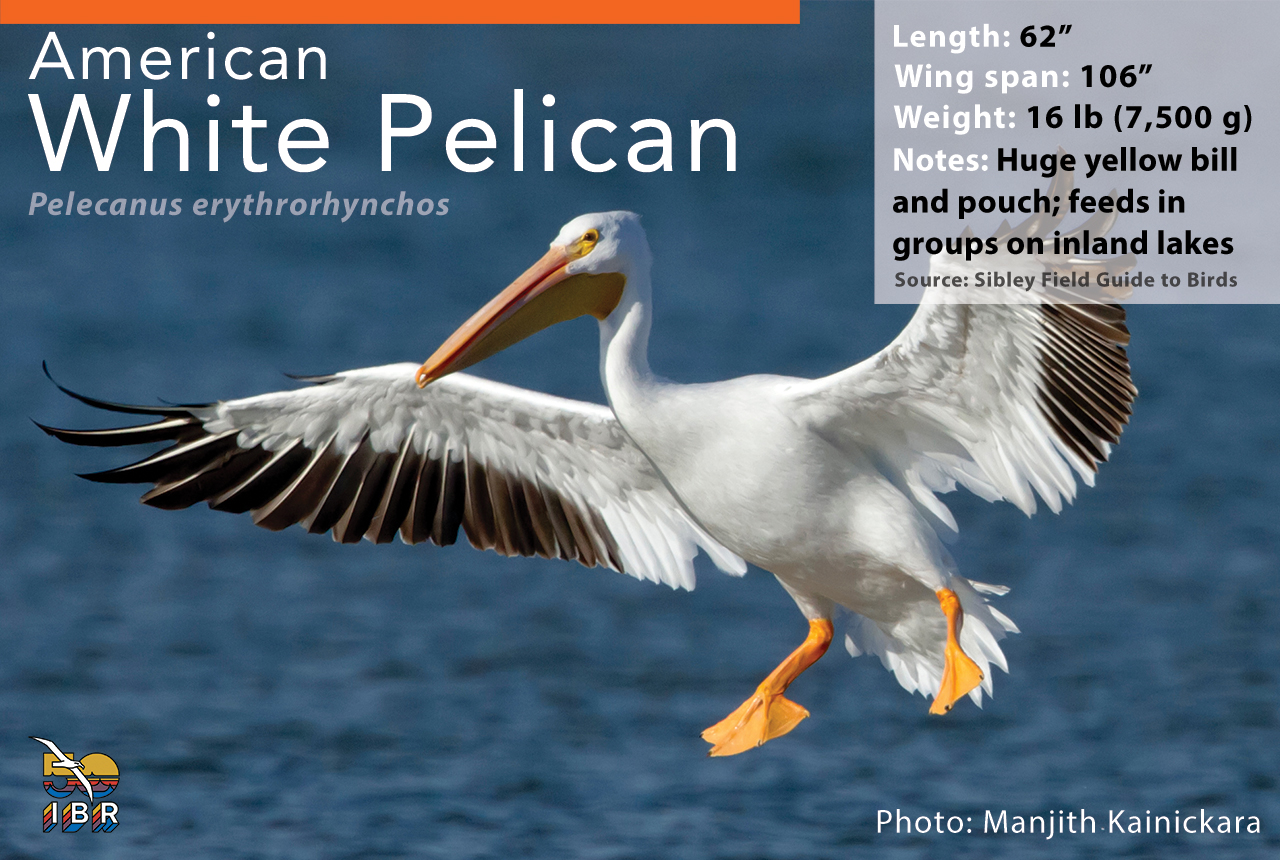