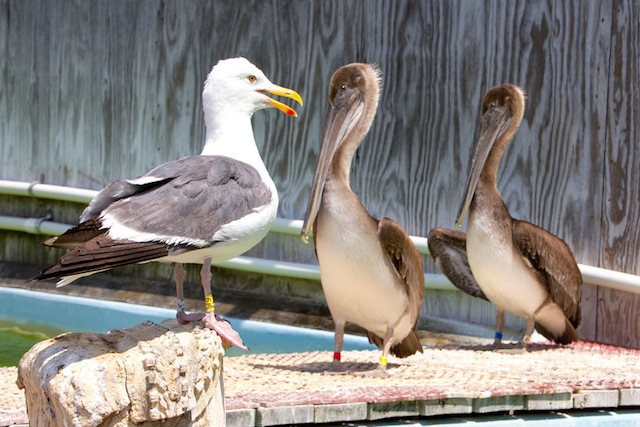 At last count, our Los Angeles center had 72 Western Gulls in care — the vast majority of which are gull chicks we’ve received, many from other 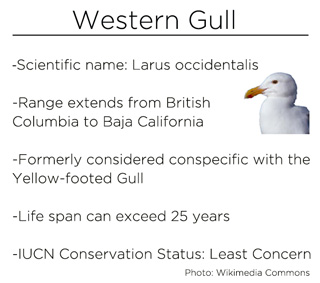 wildlife groups in the area.

But we’ve also cared for many adults, including these three birds found in particularly unfortunate circumstances (thanks to Neil Uelman and Kelly Berry for this info):

This gull shown below was found covered in oil at a local refinery in the Los Angeles area, and was captured by a refinery worker and brought to our center. Upon intake, our staff found that the gull was thin with bilateral droopy wings, given that its wings were covered in oil. After the bird was stabilized, our team performed a wash (the bird is now doing well and remains in care). 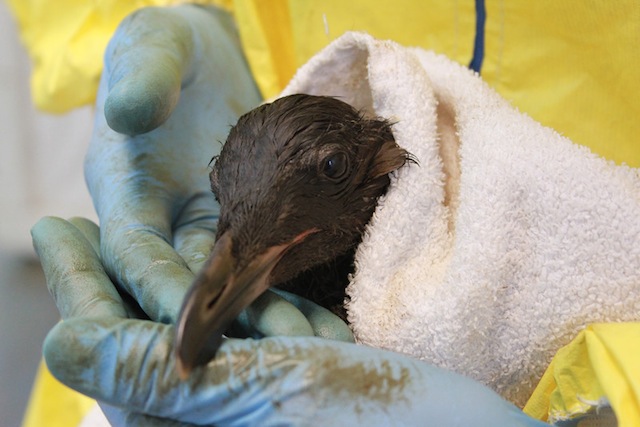 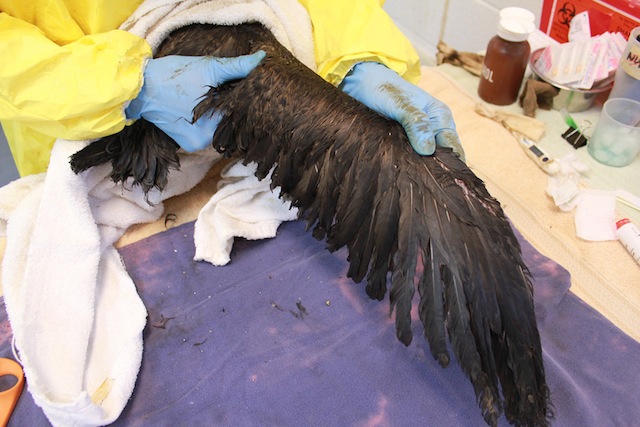 This adult gull (below) was found stuck in a glue trap and was brought to California Wildlife Center on July 11, where it was stabilized prior to transfer to our Los Angeles center a few days later. We found the bird so heavily covered in glue that its wings were actually glued to the sides of its body. This required a combination of Dawn, methyl soyate and Goo Gone to remove the glue during the wash process. Post-wash, the bird is gaining weight and can finally stretch its wings out. 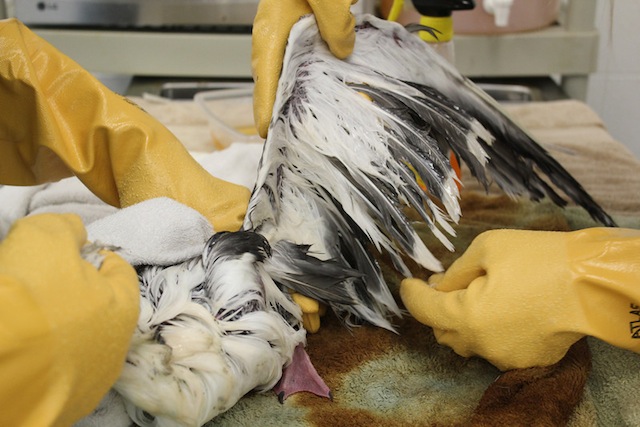 Vegetable oil can prove as damaging as petroleum when it comes to a bird’s ability to waterproof and thermoregulate. Earlier this year, for example, a mystery spill off the coast of England was later determined to be refined vegetable oil, affecting scores of seabirds.

This gull was found 100% covered in vegetable oil in Oxnard, and was originally brought to Santa Barbara Wildlife Care Network and transported shortly after to our center, where it was successfully washed. 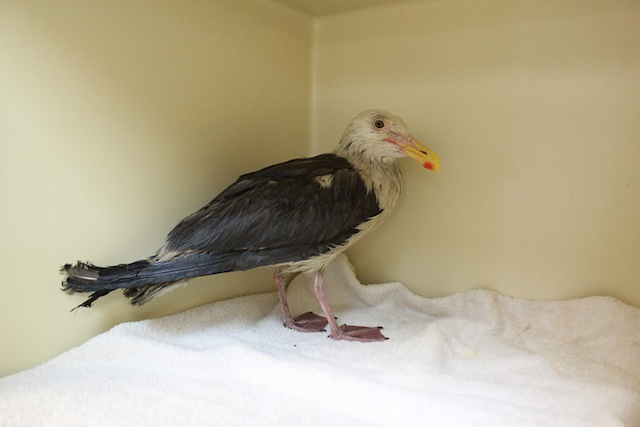 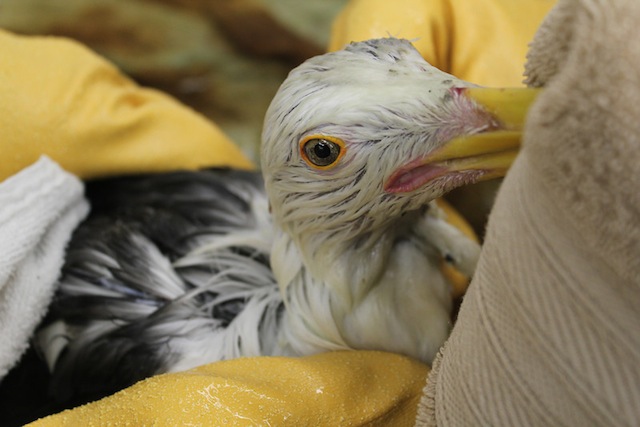 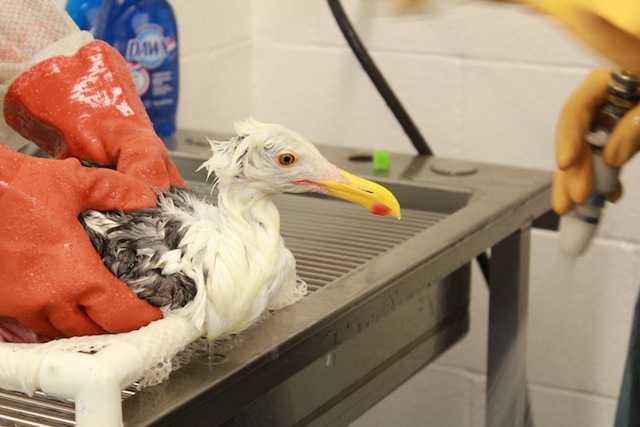 In addition to these adult gulls, the L.A. center has received dozens of gull chicks this season, as shown in the photos and video below. 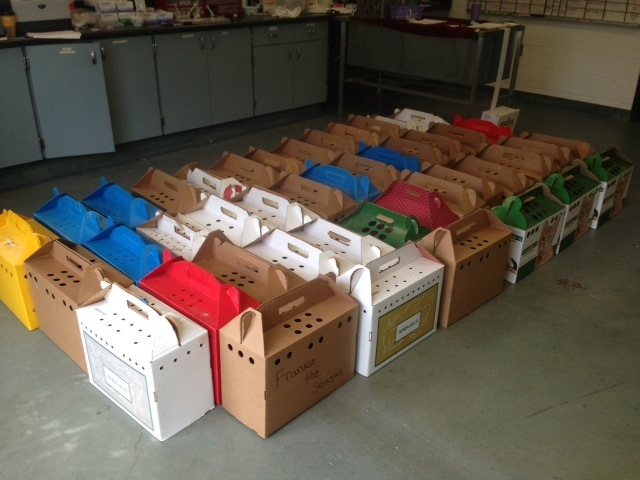 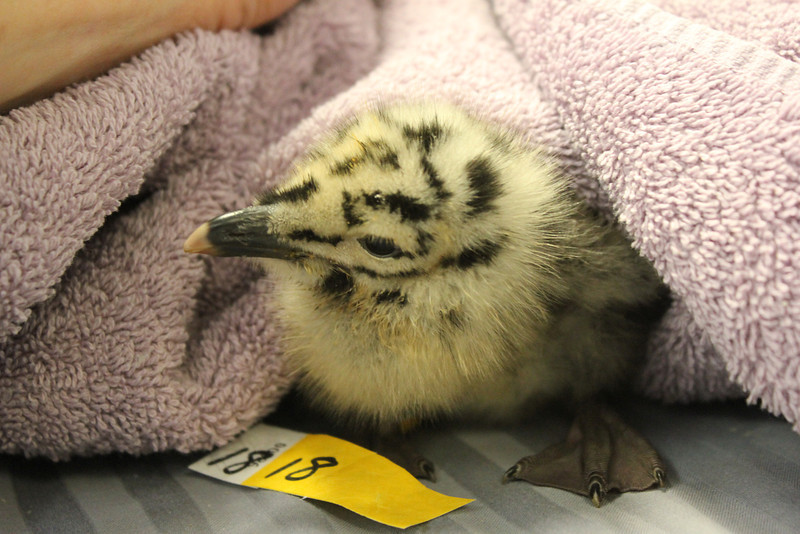