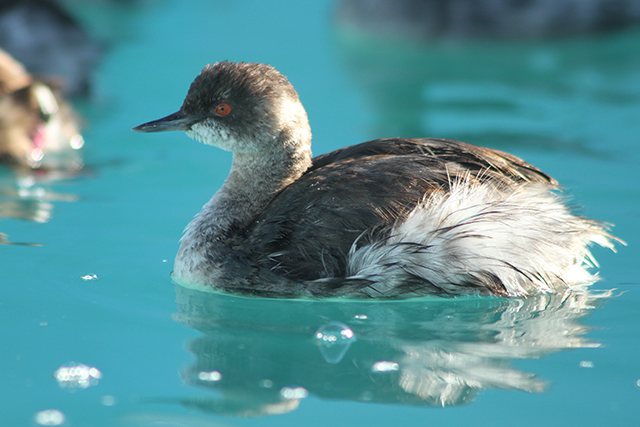 With fall migration in full swing, large numbers of migratory birds are moving through California on their way south. These birds follow the Pacific Flyway, one of four major routes in the Americas for migratory travel.

Autumn becomes a very busy time for International Bird Rescue due to birds that have crash-landed in urban areas during migration. Both our centers are currently caring for a large number of crash-landed birds, primarily Eared Grebes (pronounced “greebs”). 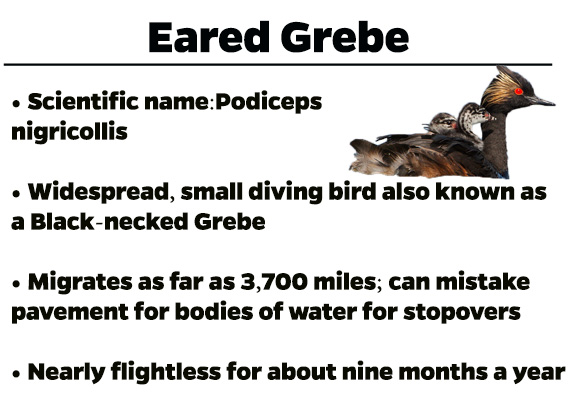 Why do these birds crash land? Crash-landed birds, also known as grounded birds, are birds that have hit the ground and are unable to regain flight. Eared Grebes, for instance, can easily mistake wet pavement and shallow ponds as deeper waterways, and often become grounded in parking lots and streets.

Eared Grebes have beautiful and remarkable yellow ear tufts during breeding season. The ones you see in this post sport non-breeding plumage as they migrate to the southwest US and into Mexico.

About the size of a grapefuit, Eared Grebes are the smallest of the diving birds and are known for their excellent swimming ability, with lobed feet placed far back on their bodies. However, grebes are not suited for land and require a long water runway to take flight. When grounded, these birds will end up dragging themselves as they try to swim. Unless captured, treated for their injuries and relocated to water, they will not survive.

In Southern California alone, injured grebes in our care have been found in many locations, including:

International Bird Rescue is very thankful for the support of bird lovers everywhere who want to help. Thanks to the Port of Long Beach, our first 10 Eared Grebe patients have been symbolically adopted.

We currently have over 50 Eared Grebes in care — over twice the number during the same period last year, for unknown reasons — and many have yet to be symbolically adopted as part of our Adopt-a-Bird program. You can adopt your own Eared Grebe, for yourself or for a loved one. Click on a grebe below to get started. 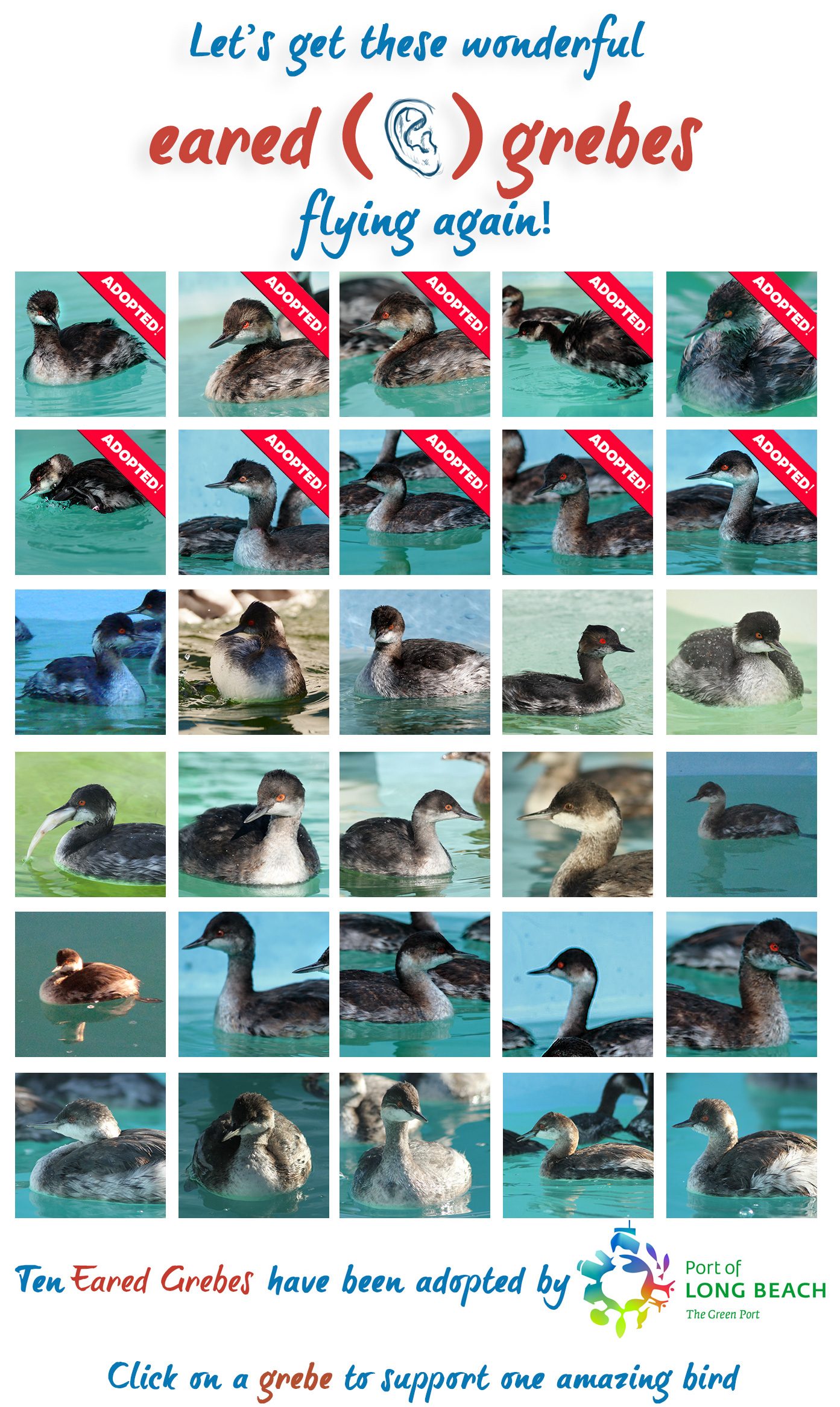