Skip to content
Home | Blog | How It All Began 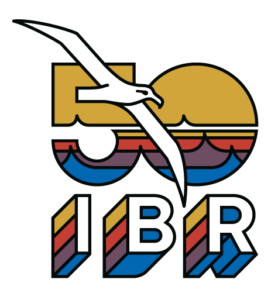 On an early foggy morning on January 18, 1971, two Standard Oil tankers collided in San Francisco Bay near the Golden Gate Bridge. The collision resulted in 800,000 gallons of caustic, sticky crude staining the bay and surrounding beaches. In its wake, the spill created an animal emergency like no other, which led to the humble formation of International Bird Rescue in direct response to a crisis 50 years ago this month.

The spill affected at least 7,000 birds. Nearly 4,300 oiled birds were collected by a rag tag group of dedicated volunteers. The gooey patients were grebes, scoters and cormorants. They all ended up in makeshift area wildlife rehabilitation centers.

…It was then that we realized there needed
to be an organized attempt for their care.
– Jay Holcomb, International Bird Rescue

Alice Berkner, the Founder of Bird Rescue, remembers: “Here were about 16 different treatment centers scattered around the Bay Area. A friend of mine, who happened to be a veterinarian, asked me if I wanted to go to the hastily established Richmond Bird Center and help out.”

“As long as I live, I will never forget the odor that assaulted me as I walked through the doors of the center,” said Berkner. “It was a horrendous mix of rotting fish, bird droppings, oil, and, strangely enough, Vitamin B.”

Along the beaches, young school kids joined Standard Oil workers and adult volunteers from all walks of life. One newscaster noted that “hippies and longhairs” were some of the most involved helpers cleaning beaches with straw to soak up the oil.

Only about 300 birds were successfully rehabilitated and released – in part given the lack of established oiled bird rehabilitation practices at the time.

The late Jay Holcomb, Bird Rescue’s long-time director, told the San Francisco Chronicle in 2012, “There were dying birds everywhere and no one knew what to do. It was as horrible as you can imagine…It was then that we realized there needs to be an organized attempt for their care.”

Today, Bird Rescue runs two full-time bird rehabilitation centers in partnership with the California Department of Fish and Wildlife’s Office of Spill Prevention and Response (OSPR) and OWCN, located in the San Francisco Bay and Los Angeles areas, as well as an as-needed oiled wildlife response facility in Anchorage, Alaska.

“Had I been told in 1971 that 50 years hence we would end up treating over 148 species of birds in 230 different oil spills on five continents and attain a 78% release rate of King Eiders on the Pribilof Islands, 100% release rate of white pelicans in Louisiana, a 96% release rate of common coots in congested and polluted Southern California or the rehabilitation of 19,200 penguins in South Africa… my response would have been ‘In your dreams!’ But we have done just that.”