Skip to content
Home | Blog | How slow is mail? 8 week delivery for newsletter

We all know the U.S. Postal Service (USPS) can be slow at times but this is ridiculous: It took 2 months for our Fall 2008 newsletter to finally hit members’ mailboxes.

Back just before Thanksgiving on November 26, 2008, our printer dropped off the 2,300 properly addressed copies at the main post office in Oakland. Even allowing for the busy holiday mail season we believed the items would be delivered before Christmas. Boy were we ever wrong! 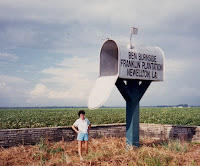 After numerous attempts by our printer to figure out where the newsletter was in the bulk mail system, the post office finally admitted the items were sitting in the wrong department. After discovery it went out and was delivered withing a couple of days. Our printer, Greenerprinter in Berkeley, was clearly frustrated with the USPS service, too.

So we had to laugh a bit when we saw the story in the San Francisco Chronicle this week bemoaning the changes afoot for the USPS because of the slumping mail volume:

Mail volume fell by 9.5 billion pieces, 4.5 percent, during the fiscal year that ended Sept. 30, contributing to a staggering $2.8 billion loss for the Postal Service. This year isn’t looking any better, postal officials said. There’s another stamp-price hike in the works in May.

Hello? Pay better attention to your service and maybe you’d have happier customers and less frustration like we experienced. 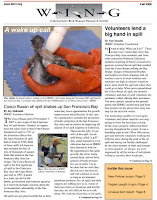 Like many non-profits and businesses, we depend on the postal service to move occasional communication to members and supporters. However with increased costs and bad service, we’re delivering more news via the web and through e-mail.

Call us old fashioned, but for some of us, printed matter still works. Not all folks like e-mail newsletters and printed material tends to have a longer shelf life and usually gets read multiple times.

In the meantime, thanks for your patience. You can download a PDF version of the On the Wing newsletter. No postage is required.