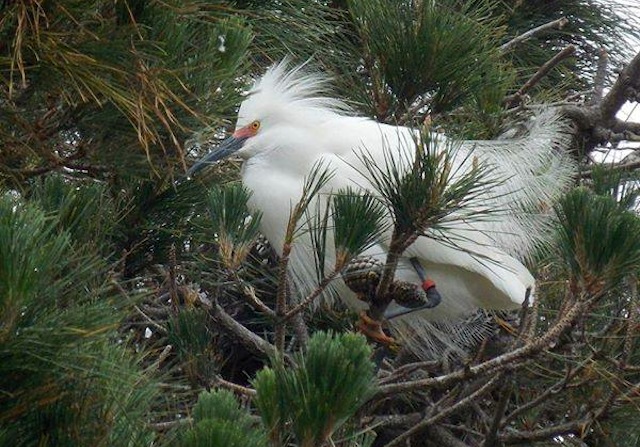 Herons and egrets are common visitors to our two rehabilitation centers in California. Each year, we receive adult birds that have various injuries or illnesses, but it’s the baby herons and egrets of the summer that make the biggest impact. The species that we typically receive, in order of abundance, are Black-crowned Night Herons, Snowy Egrets, Green Herons, Great Egrets, Great Blue Herons, Cattle Egrets, American Bitterns and Least Bitterns.

With the exception of bitterns, all of these birds nest in tree and bush colonies called rookeries. Each nest typically contains two to three eggs, and once the babies hatch, they begin to eat and grow quickly. Unlike many other bird species whose babies remain in the nest until they are at least flighted, baby herons become “branchers” as early as one week of age. This means that they begin to climb early on with their gangly legs, hanging out on the branches around the nest site. High winds, fights with their neighbors and sibling domination causes some of them fall.

This is where we come in. In wild areas, the fallen babies either die, climb back up to the rookery or become food for predators. But in urban areas, they are often found by the public, and the live ones are brought to us for care and raising. In 2012 alone, our Northern California facility received 286 herons and egrets, while our Southern California center received 94.

Raising baby herons is not difficult, as they are great eaters and social birds. But many of them sustain injuries during their fall. These birds require more intensive care, medications, and sometimes surgery and cage time. We have also seen vitamin deficiencies in the Snowy Egret chicks, but we have yet discover the reason for this problem. 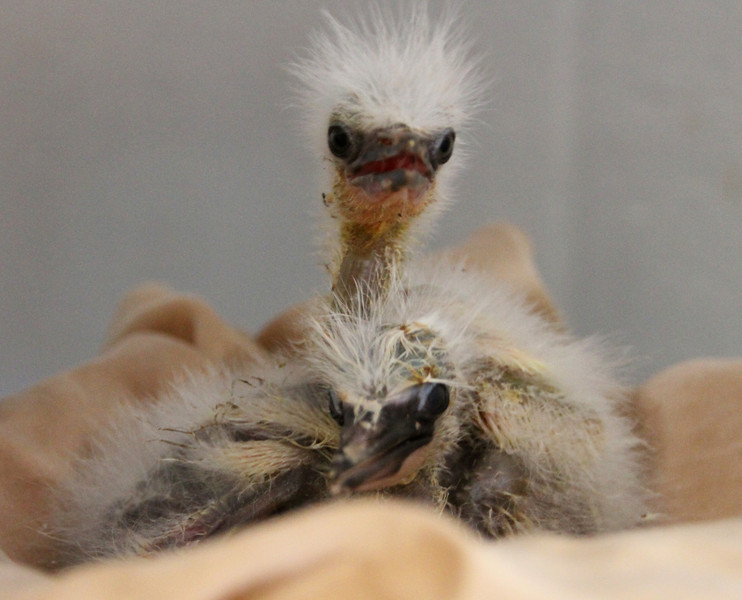 All of our herons and egrets are federally banded upon release. About five years ago, we began putting an additional small, non-numbered red plastic band on the opposite leg of all hand-raised Snowy Egrets so that we could identify them in the wild. In 2012, we added white numbers to these red bands for the egrets, much like we do with our Blue-Banded Pelican program. This way we can actually trace any identified bird back to its origin.

A few of the original red plastic-banded birds without numbers, as well as federally banded birds, are being reported every year nesting and raising young at the egret colony in Alameda, CA, located in the East Bay. We have also received reports of three red-banded Snowy Egrets with numbered bands since their release last summer:

This is encouraging news, and we will continue to band these birds. Future plans are to color mark the Black-crowned Night Herons.