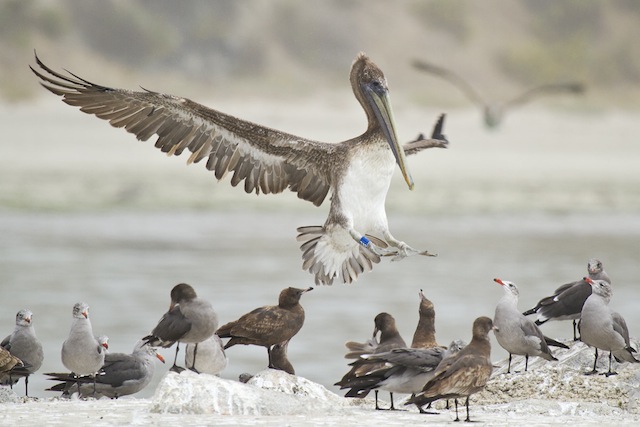 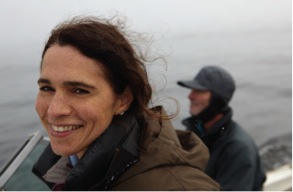 The Brown Pelican is California’s iconic coastal bird and one of the great success stories of the Endangered Species Act. While pelicans have dramatically recovered in the last 30 years, they have since suffered unprecedented breeding failures and starvation events in California and Oregon, likely due to poor availability of prey. Audubon California is leading a set of concerned groups urging the Fish and Wildlife Service to complete key tasks required under the Endangered Species Act in order to secure the future of these beloved birds.

Also in 2009, the Service issued a draft plan for monitoring pelicans following delisting. These “post-delisting monitoring plans” (PDM’s) are required by the Endangered Species Act in order to “monitor effectively for not less than five years” the status of a species following delisting. In the words of the Service, “the intent of this monitoring is to determine whether the species should be proposed for relisting, or kept off the list because it remains neither threatened or endangered.”

However, the Service never finalized or implemented the draft plan and no systematic monitoring has taken place, which undermines protection of pelicans in the Gulf of Mexico, the Gulf of California and the west coast. In the meantime, Brown Pelicans in California and Oregon have been showing signs of stress. At the U.S. Channel Islands, the most important U.S. breeding colony for this subspecies, biologists have noticed a decline in nest success starting in 2010, culminating in near-total nest failures in 2012 and 2013. These failures have been attributed to a lack of prey in proximity to the islands.

Additionally, unusual mortality events of Brown Pelicans in Oregon and California in 2009-2012 have been attributed to starvation. Many Audubon chapter members and leaders, including Dave Weeshoff, President of the San Fernando Valley Audubon Society and a volunteer with International Bird Rescue, have observed first-hand the unusual number of starving and disoriented pelicans, especially in Southern California.

Scientific studies have shown that breeding pelicans in California and in the Gulf of Mexico require anchovies and sardines to feed their young. In 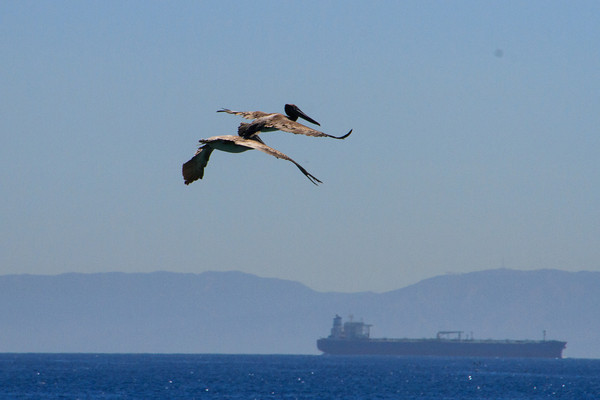 recent years, both sardines and anchovies have been scarce or absent from this region due to a variety of factors including overfishing, climate change, and underlying natural variability. The Service is obligated to work with fisheries managers to ensure that sufficient prey is available to breeding and non-breeding pelicans. Right now, with no plan in place to guide monitoring and coordination, these essential activities are not taking place.

Audubon California and the Center for Biological Diversity submitted comments calling for the Service to act on its obligation to Brown Pelicans by finalizing a post delisting monitoring plan as required by the Endangered Species Act, and undertaking critical steps to better understand and track breeding success of Brown Pelicans at the U.S. Channel Islands, among other things. The Pacific Seabird Group, the scientific body for Pacific seabirds, also weighed in with similar concerns. The Service has responded by acknowledging the need to finalize the PDM and undertake focused monitoring and conservation activities for California Brown Pelicans. We will keep you updated as we work with the Service to reach these important objectives.

Anna Weinstein is a conservation biologist with over 15 years’ experience in policy analysis and advocacy, ecology, strategic planning and program development. In 1996 she co-founded Island Conservation, and later worked as a biologist at the San Francisco Estuary Institute, and as a program officer at the National Fish and Wildlife Foundation. In 2008 she joined Audubon California to lead the seabird and marine program, focused on protecting seabirds and their habitats, and raising public awareness about the west coast’s seabirds and marine environment.