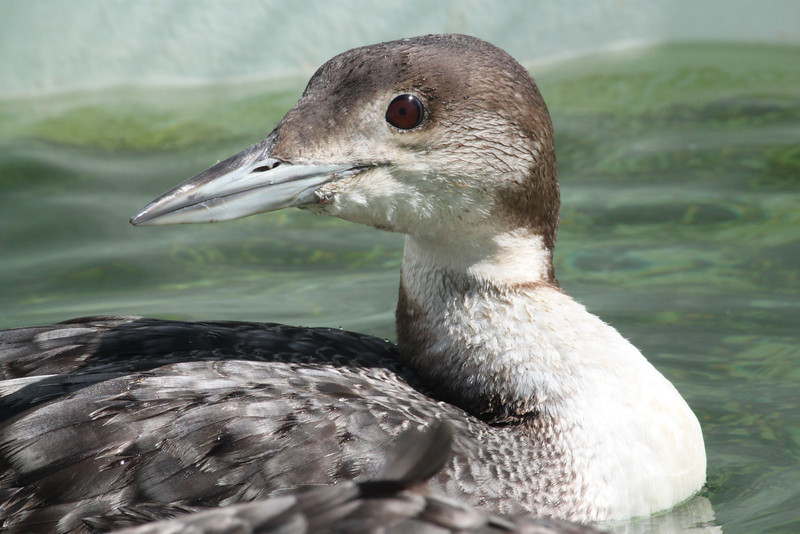 This post was originally written for KQED’s QUEST multimedia series by Sharol Nelson-Embry, Supervising Naturalist at the Crab Cove Visitor Center & Aquarium in Alameda. The loon (pictured above, photo by Cheryl Reynolds) was released on Saturday at Crown Beach in the East Bay. We’ll be updating this post soon with photos of the release!

She was sick, alone, and stranded on a beach, her head wrapped in fishing line that had cut down to the bone in some areas. Even without the injuries, she would have had a hard time taking flight from the sand. Loons are built for a water takeoff with feet far back on their bodies. This Common Loon (COLO) was lucky, though, that Martha noticed her and went to get help. Martha found James and Trevor, East Bay Regional Parks naturalist staff at Crown Beach, and they came to COLO’s rescue.

Throwing a jacket over her head to protect themselves and help calm her down, they were able to pick her up and prepare her for transport to the Lindsay Wildlife Museum and Hospital in Walnut Creek. She ended up at the International Bird Rescue in Cordelia, CA as they specialize in caring for waterbirds. The staff vets removed the monofilament and stitched up her wounds. X-rays revealed that COLO had swallowed a hook. Surgery would be required to remove that.

Common loons are migratory, spectacular, large grayish birds who winter along the East and West coasts, including San Francisco Bay, and nest in the far northern US, Canada, Alaska, and the Arctic. (Some of you may remember Henry Ford and Katherine Hepburn’s movie, “On Golden Pond,” which made the yodeling call of the loon and lifelong love forever entwined in my mind. But I digress.) Loons can dive deeply and chase their small fish prey to depths of up to 200 feet using their large feet to propel them underwater. Usually though they fish in shallow, nearshore waters.

Discarded fishing line, tackle and hooks pose threats to loons and other wildlife. One initiative to help educate fishermen about the importance of cleaning up after themselves is underway in many fishing spots along our shores. Monofilament collection bins have been installed in many areas and information is being distributed about where they can send their line to have it recycled.  You can help wildlife by donating time or resources to the facilities and volunteers who do the important work in the day-to-day care for our injured wildlife. Wildcare is another important wildlife care facility operating in the Bay Area. 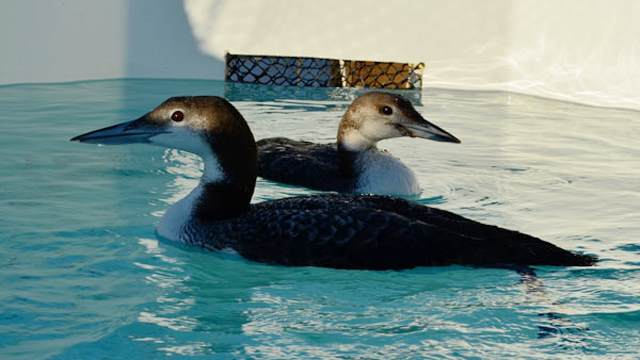