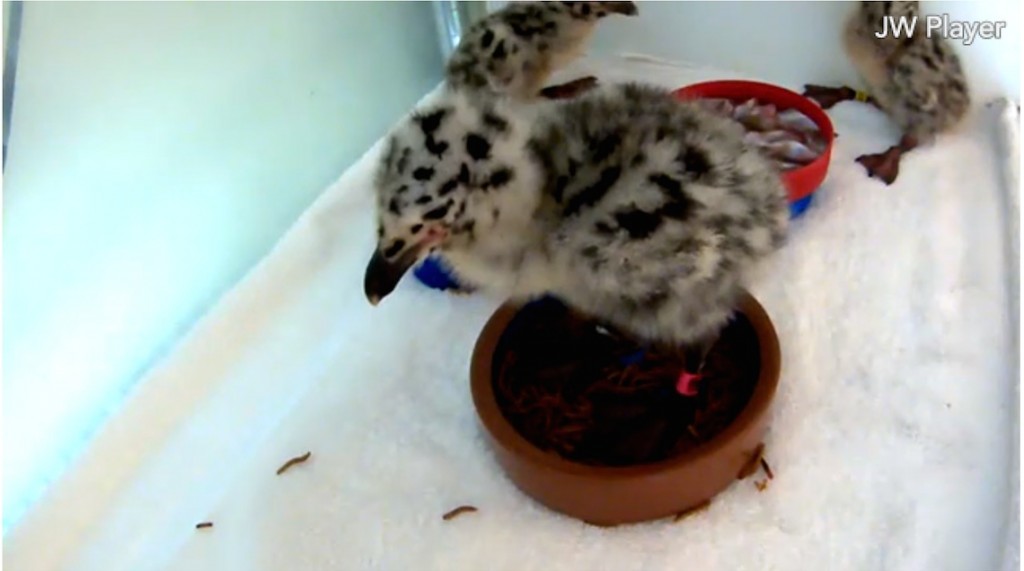 Two of these birds were brought to us eggs from the old eastern span of the San Francisco-Oakland Bay Bridge. We work together with a local environmental firm on relocating on sections of the bridge where demolition crews are working. The far eastern part of the span is home to hundreds of cormorant nests that Caltrans officials are working to move as the bridge is dismantled.

The job of encouraging these birds to move hasn’t been easy. According to the San Francisco Chronicle, “Biologists have been experimenting with bird decoys and cormorant recordings to get them to move to their new, rent-free pads. They even furnished the condos with nesting material. The birds reacted by simply hauling the bedding back to their old digs.”

You can check out the live cam here.

These gulls are fed mealworms as well as cut-up smelt. We limit human interaction whenever possible. Any feeding that occurs is via a puppet surrogate.