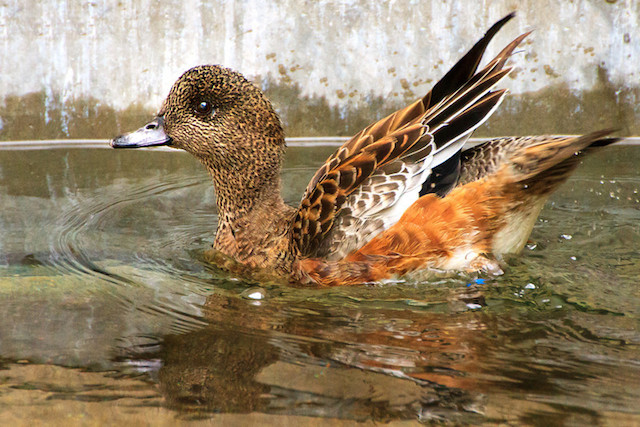 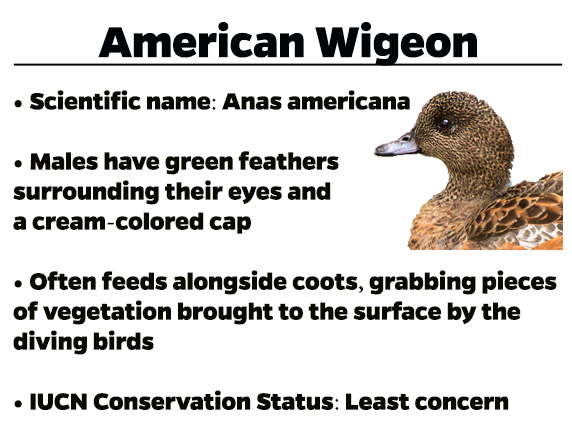 Our patient of the week comes from International Bird Rescue’s Los Angeles center, which has been taking care of this juvenile American Wigeon for several days. Volunteer photographer Bill Steinkamp recently took a few snapshots of the bird recovering in a special waterfowl pen.

This wigeon was found on Pico Boulevard in Los Angeles — hardly a suitable habitat for a dabbling duck such as this one. Upon intake, the bird was found to have thin body condition and poor blood values. But after regaining its waterproofing, the wigeon was placed in an outdoor pen. 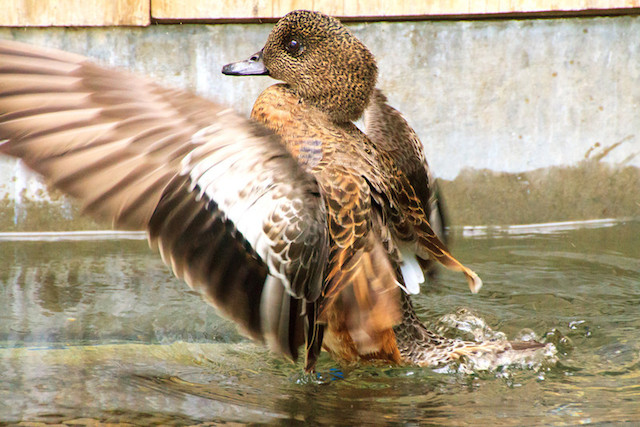 Below, a photo of what an adult male American Wigeon looks like, via Wikimedia Commons. 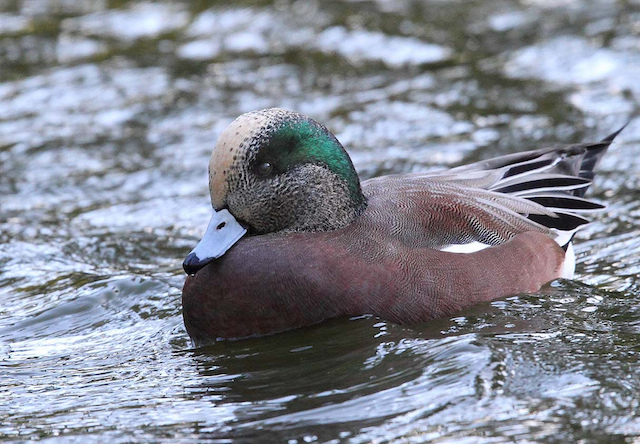