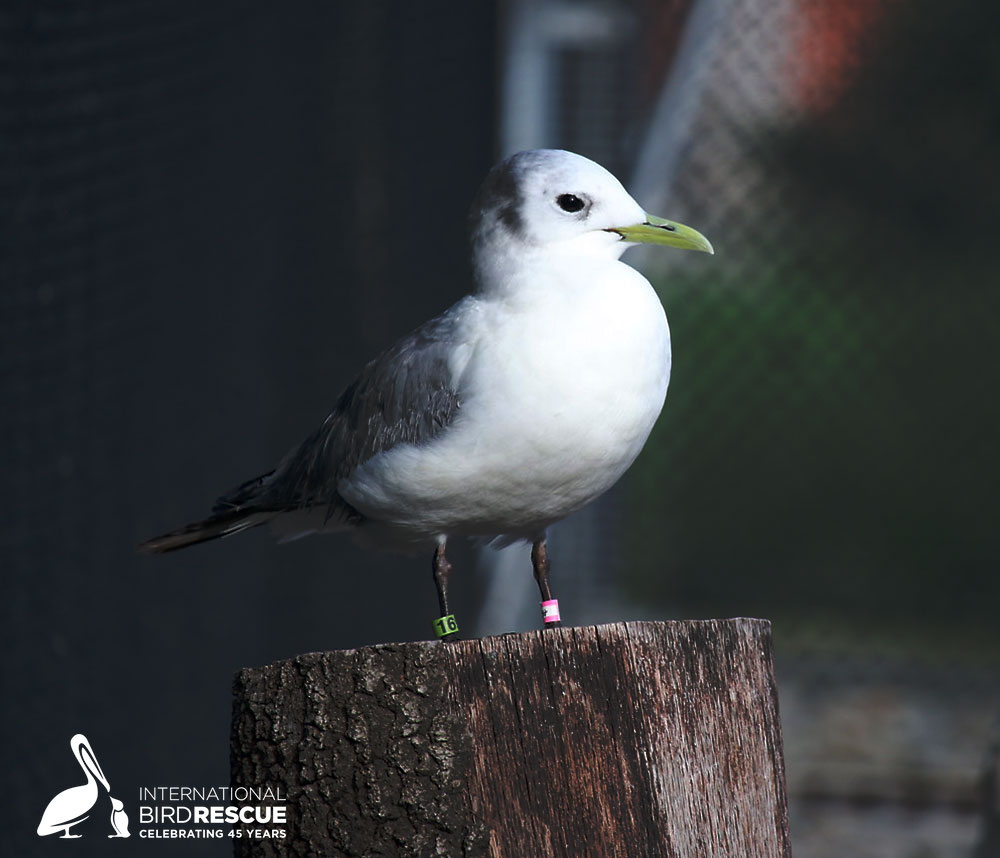 March is Gull Month at Bird Rescue! This relative of the gull family is a Black-legged Kittiwake, and he is our patient of the week. Normally found in far northern climate regions – especially in Alaska, there have been numerous sightings this season of these gull relatives along the Pacific Coast.

The bird in this photo was found on a Half Moon Bay beach, unable to stand. The kittiwake was brought to our good friends at Peninsula Humane Society where he was given pain medication, anti-inflammatories, and supportive care.

The bird was able to stand by the time he was transferred to our San Francisco Bay Center, but was still limping on its left leg. Spending time floating in a pool allowed him to take weight off the injured leg but still to get exercise. He was successfully released on March 6, 2017 at Fort Baker in Sausalito, CA.

Kittiwakes breed in large cliff colonies and are known for the very distinctive and shrill “kittee-wa-aaake, kitte-wa-aaake” call. Learn more about this beautiful species on Cornell’s All About Birds site.