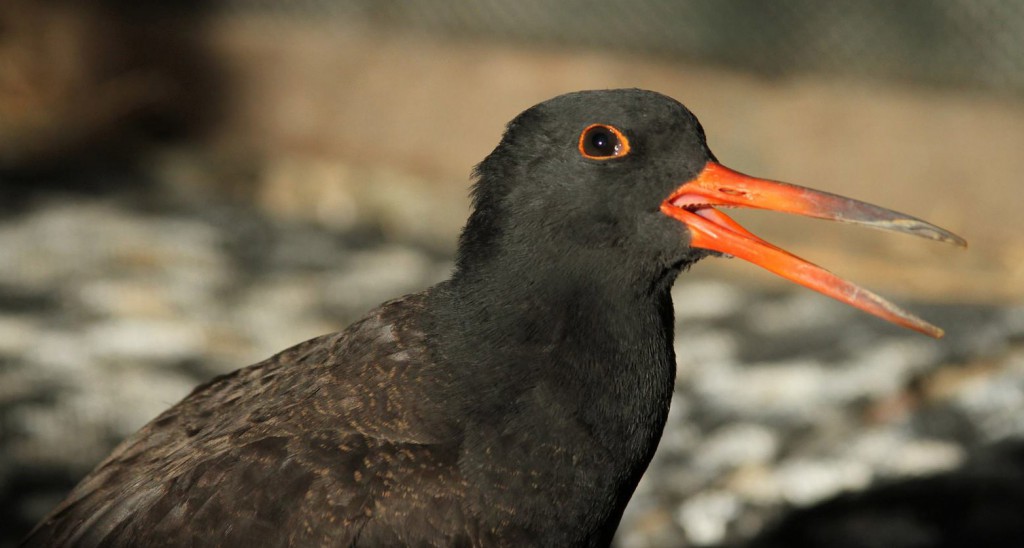 The Black Oystercatcher chick that we raised from a hatchling at our Northern California center has been named Ash (Hebrew for “happy”) by our summer interns Mari, Ioana, Brittany, and Julie. 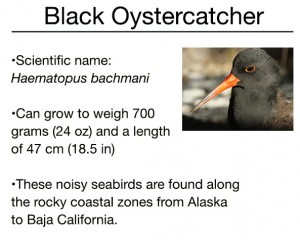 With its new name, Ash has been transferred from San Francisco Bay Center to the Los Angeles Center in preparation for placement soon in the shorebird sanctuary at the Aquarium of the Pacific in Long Beach.

This bird was not able to be released because it was unable to learn the basics of taking care of itself in the wild.

The orphaned oystercatcher was captured at Natural Bridges beach in Santa Cruz, CA on August 7, 2015 by our friends at Native Animal Rescue (NAR). It arrived weighing 23 grams on August 9th. In the photo below, the newly arrived hatchling munches on mussels. The bird was then featured then as Patient of the Week.

Please join us in wishing Ash a happy life in her new home! 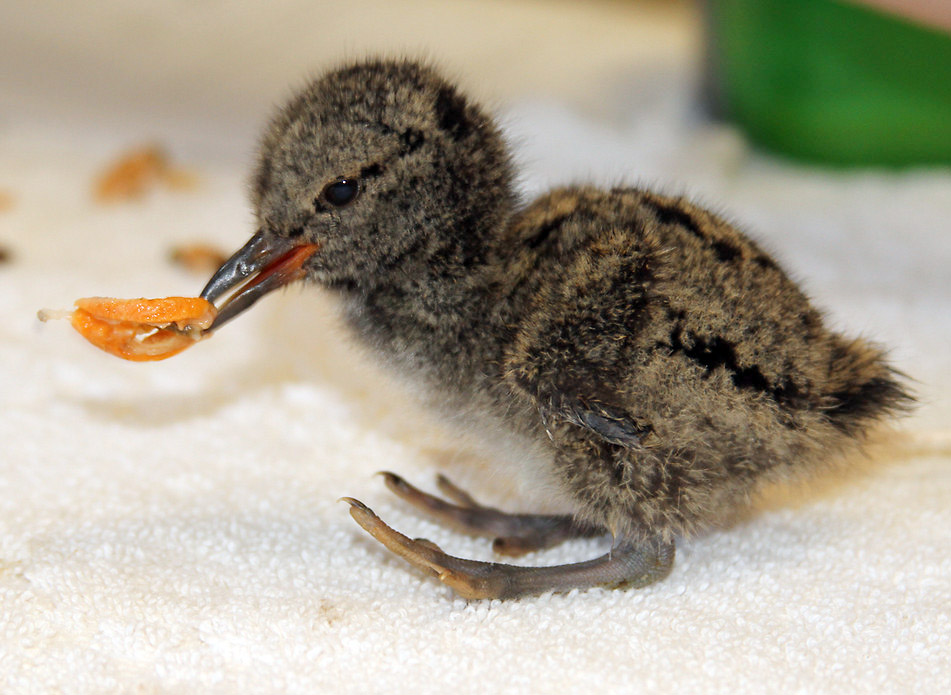