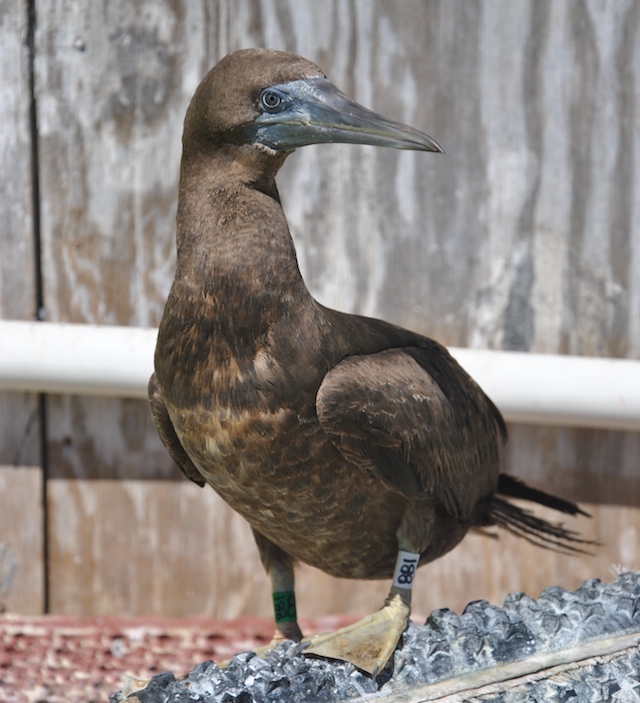 Brown Boobies are rare visitors to Southern California; this is only the second such patient we’ve received over the past year.

The juvenile Brown Booby you see above was found at Dockweiler Beach in Los Angeles and rescued by our friend Peter Wallerstein with Marine Animal Rescue. Upon intake our team found the bird to be emaciated and mildly dehydrated.

But after working with the bird all day, the team was able to get this booby self-feeding again. It’s since graduated to an outdoor aviary.

A year ago, International Bird Rescue’s Los Angeles center had another species of booby in care — a Blue-footed Booby, one of many that had mysteriously “invaded” SoCal. This patient was found injured on a south Los Angeles sidewalk and later released, as you can see in the video below.