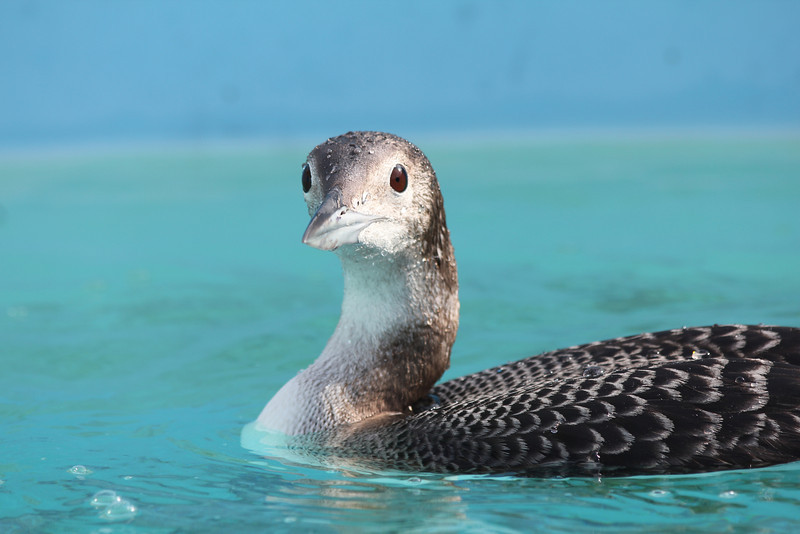 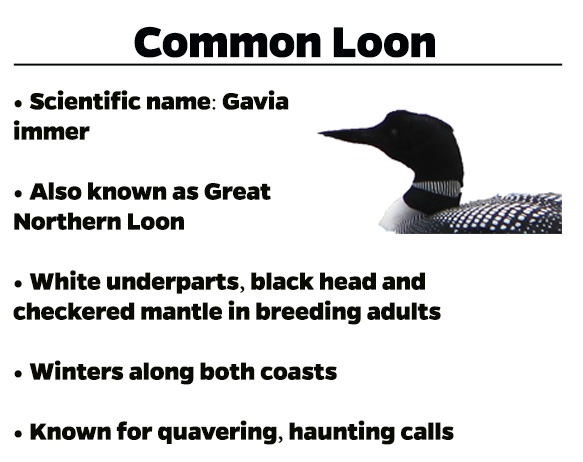 This week’s featured patient is a Common Loon at our Los Angeles center, shown here recuperating in an outdoor diving bird pool.

Rehabilitation technician Kelly Berry gives us the backstory of this bird:

This Common Loon was found at 12800 Ventura Blvd in Studio City on December 27 and was admitted into California Wildlife Center, where it was hydrated and stabilized. The loon was transferred to IBR on December 28. After a physical exam, the bird was considered emaciated and mildly dehydrated, and also had a mildly swollen wrist. The loon spent its first night out in the pool on New Year’s Eve and was confirmed waterproof the following day. As you can see here, this bird is currently living in an outdoor diving pool, where it’s self-feeding.

Like other diving birds, Common Loons are susceptible to becoming oiled, whether by natural seepage or human-caused events. That’s what happened to another Common Loon recently in care, one that was washed several weeks ago by our L.A. center team. Check out wash photos here.

Also, this loon is still looking to be adopted! Click here if you’d like to make a symbolic adoption of this beautiful bird. 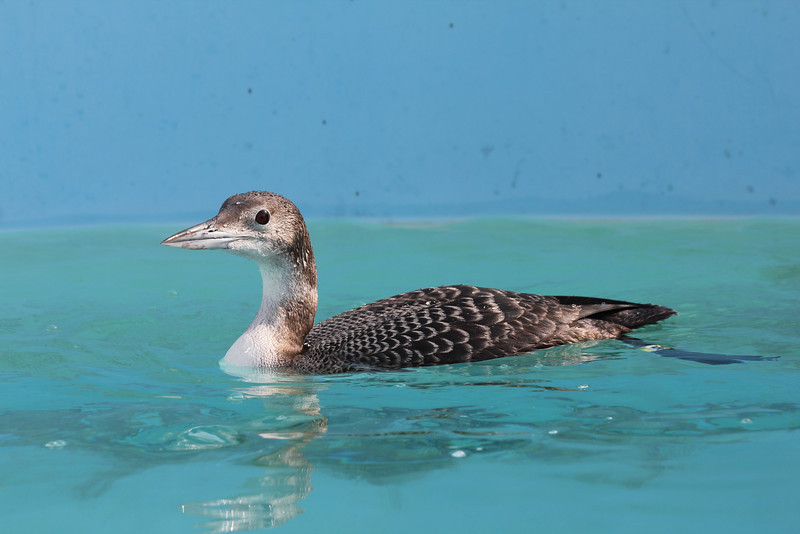