Skip to content
Home | Blog | Patients of the week: Buffleheads

We’re seeing an increase of sea ducks – especially Buffleheads – in care this month.

Nearly 25 of this species have come through our doors in the past few weeks. They are emaciated, suffering from stress and have foot abrasions. Many have crash-landed in areas around San Francisco Bay. 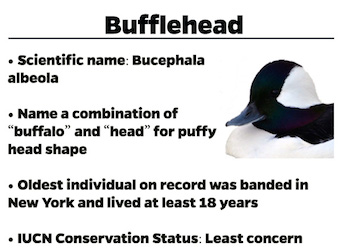 These migrating Buffleheads (Bucephala albeola) breed in Alaska and Canada among the wooded lakes and ponds. They winter along the east and west coasts of the United States.