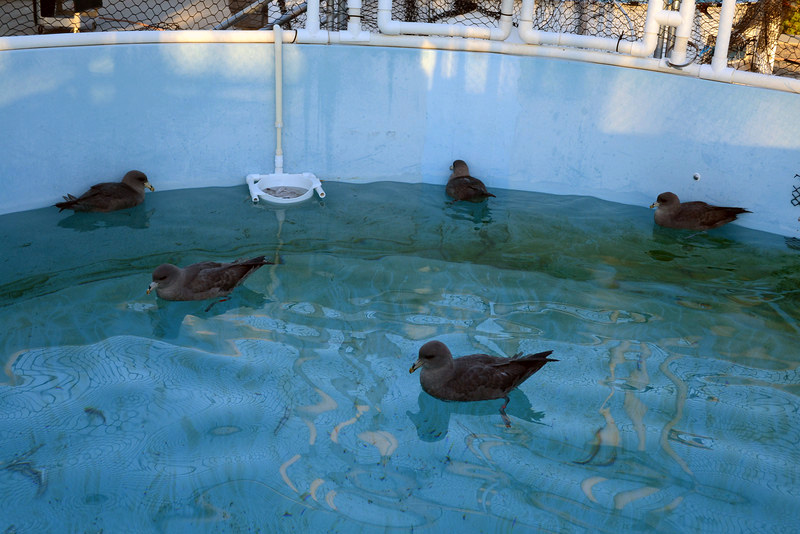 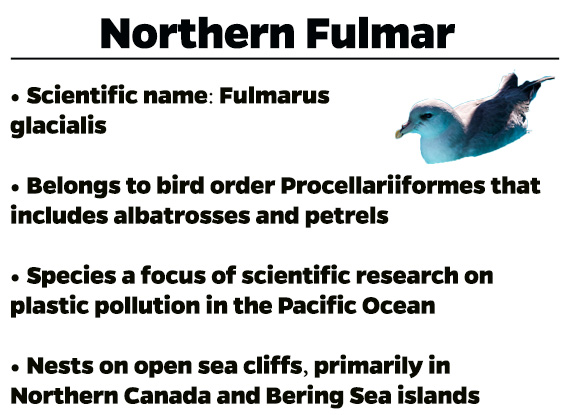 Our patients of the week are six Northern Fulmars currently in care at International Bird Rescue’s San Francisco Bay center — five of which you can see in the photo above, recuperating in an outdoor pool.

These fulmars have been received in the past week from San Francisco, Santa Cruz and the Monterey areas. Upon intake, they were also all found to be emaciated, anemic and dehydrated, but are now feeding well in their outdoor pool.

Last week, we featured on this blog an additional Northern Fulmar that had suffered a fractured clavicle as well as several toe injuries. The clavicle fracture has since healed nicely, and we are currently treating the foot problems while he packs on the calories out in one of our pools.

The Northern Fulmar, a member of the family Procellariidae that includes albatrosses, petrels and shearwaters, is an apt biomonitor for measuring plastic debris in part because it feeds exclusively at sea. One study in 2012 found a staggering 92.5% of the fulmars examined had plastic in their stomachs — detritus from fishing line and Styrofoam to bottle caps and shards of indeterminate origin. 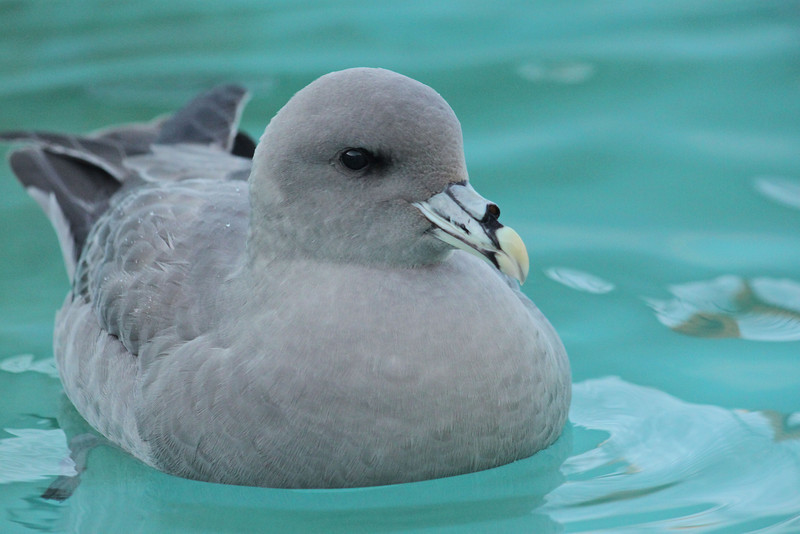