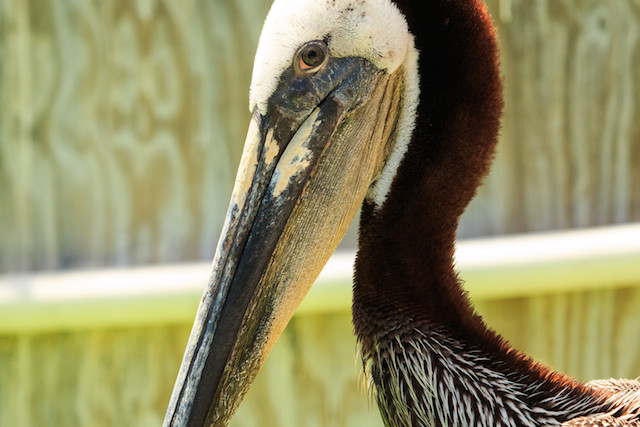 “Pink,” a California Brown Pelican who made national headlines after being found with a near-severed throat pouch caused by an unknown assailant, has made a truly remarkable recovery at International Bird Rescue’s Los Angeles center and is scheduled for a June 3 release. Here’s the scheduled release information for this public event:

Nicknamed for the color of the bird’s temporary leg band worn while in care at IBR, Pink was found with a mutilated pouch over six weeks ago by Long Beach Animal Control officers. Unable to feed, the bird was extremely thin, anemic and could not fly when brought to IBR.

“Despite the vicious attack against this pelican, Pink brought out the best in wildlife lovers all over the country, who supported and rallied behind the bird’s care and recovery,” said IBR executive director Jay Holcomb. “Though we still don’t know who committed this criminal act, we’re thrilled to release a strong and healthy Pink, one of hundreds of pelicans we care for every year.”

During the past year, pelican pouch slashings perpetrated by humans have been seen in California, Florida and North Carolina. Pink’s pouch laceration required hundreds of stitches during two operations lasting a total of six hours.

“Over the course of treatment, I’ve seen Pink transform from weak and sad to feisty and voracious,” said IBR staff veterinarian Dr. Rebecca Duerr, who has performed nearly 100 pelican pouch surgeries in her career. “Despite having the largest pouch laceration I’ve ever seen, he did great during post-operative care and has healed in record time.”

IBR is extremely grateful for support from the Port of Long Beach for Pink, whose care was also aided by donations from the Ian Somerhalder Foundation, Terranea Resort and bird lovers in Southern California and beyond. The Animal Legal Defense Fund assisted IBR with communicating this animal cruelty story to the public. 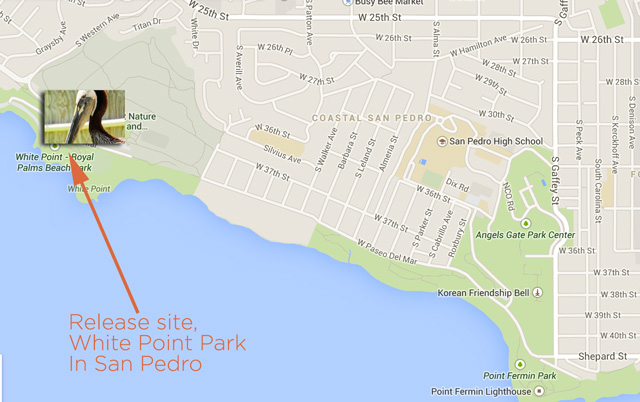 Pink’s recovery was made possible by IBR animal care staff, who performed regular exams on the bird and provided extensive rehabilitative and supportive care.