Skip to content
Home | Blog | Portrait of a Whimbrel 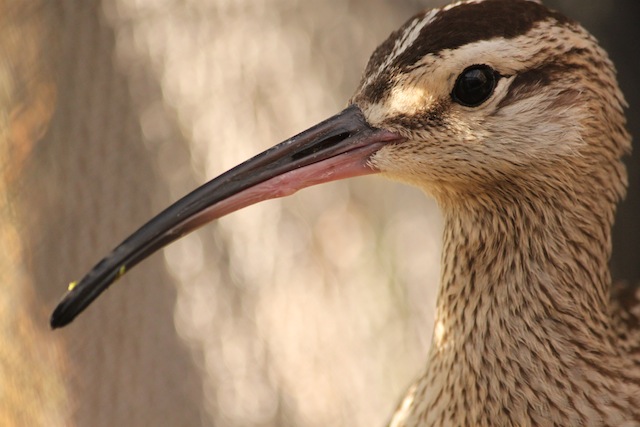 A Whimbrel (Numenius phaeopus) is a beautiful, large shorebird in the Curlew genus that weighs about as much as a tall cup of coffee at Starbucks.

Its most notable feature is a slender bill that, as the Cornell Lab of Ornithology notes, “nicely matches the shape of fiddler crab burrows. The bird reaches into the crab’s burrow, extracts the crab, washes it if it is muddy, and sometimes breaks off the claws and legs before 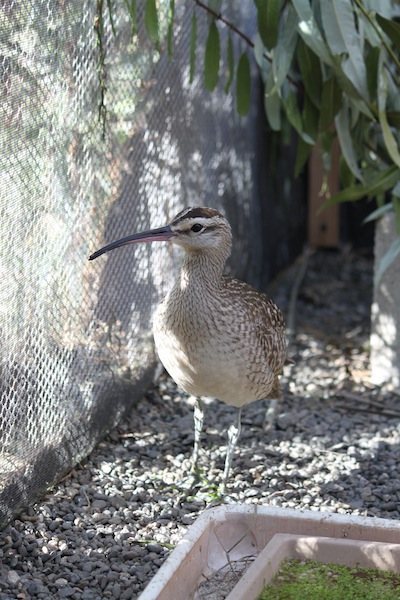 swallowing it.” Due to suspected population declines, U.S. Fish and Wildlife Service designates the Whimbrel as a “Species of Conservation Concern.”

On Sept. 15, this Whimbrel was found emaciated with a possible impact wound in Half Moon Bay, located about 20 miles south of San Francisco. The bird was brought to International Bird Rescue’s Bay Area wildlife care center for treatment. After recovering and gaining weight, it was released on Monday in the Albany Mudflats.

Cheryl Reynolds, our volunteer and outreach coordinator at the Bay Area center, took these photographs prior to its release.