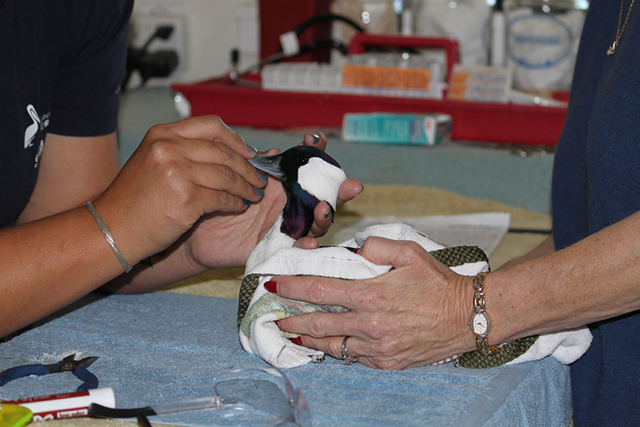 Last week, we posted about this beautiful male Bufflehead found grounded by a storm on a San Francisco street. After treatment at our San Francisco Bay Area center, this bird is back to health and was released Monday at Berkeley Marina. 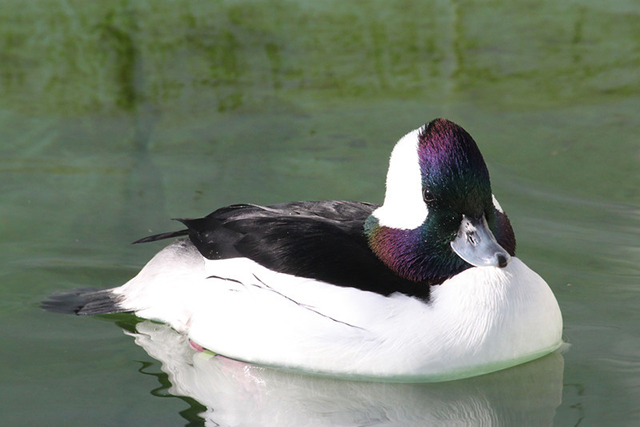 Late last week, we also released a Greater Scaup in the San Pablo Bay (photo below), one also a victim of recent storms in Northern California.

Why are these birds and other species such as grebes adversely affected by strong storms? Find out more here at Birdrescue.org. 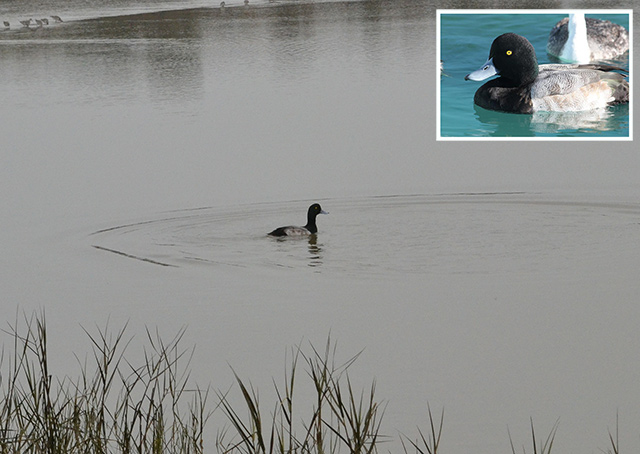