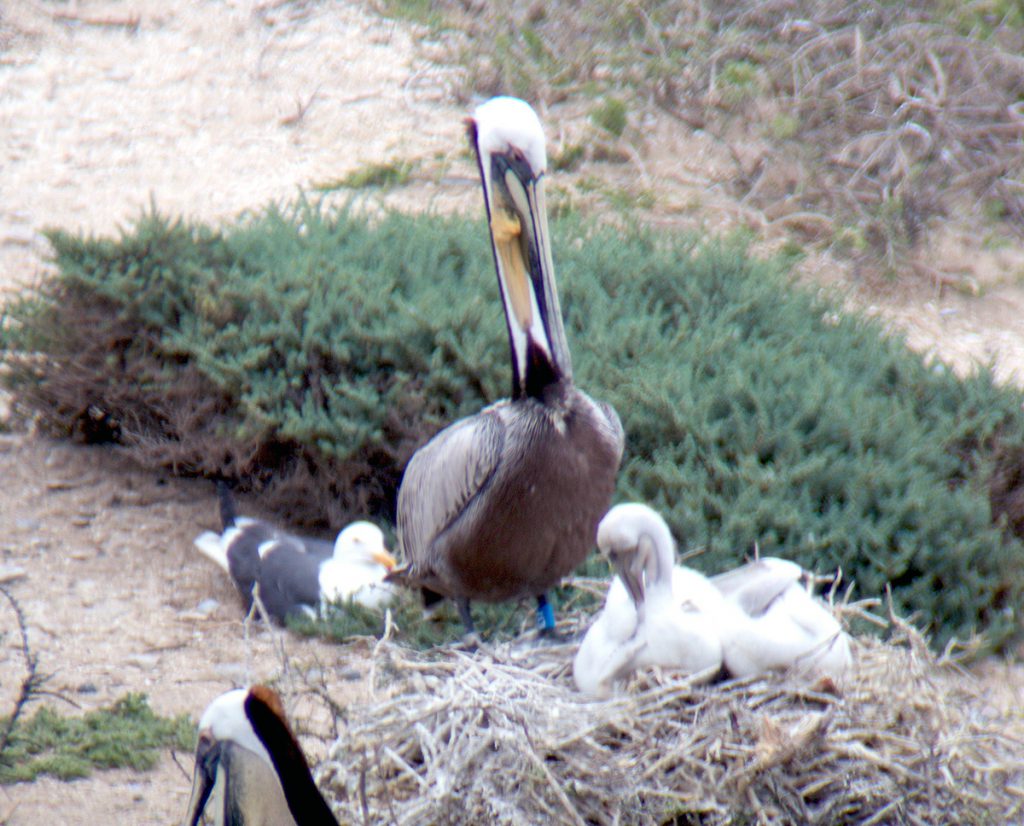 One of the blue-banded Brown Pelicans we released seven years ago was spotted with nestlings in Mexico. This is the first confirmed sighting of one of International Bird Rescue’s rehabilitated pelicans on a nest with offspring. It inspires us with hope and underscores our belief that wildlife rehabilitation efforts can make a difference, especially with a species that was recently delisted from the endangered species list.

“This sighting of E17 is confirmation of our work,” said JD Bergeron, Executive Director. “To see a former patient rejoining the breeding population is an encouraging sign of the success of our efforts, and a reminder of the importance of wildlife rehabilitation.”

Though the organization has been banding birds in collaboration with the USGS Bird Banding Lab for most of its 46 years, it only started using these more visible blue bands in 2009, the same year Brown Pelicans were removed from the Federal Endangered Species List. The blue bands have drastically increased the ability to track rehabilitation success with sightings demonstrating normal foraging, migration and now breeding post-release into the wild. To date more than 1,200 pelicans have been banded with these blue bands.

Brown Pelican ‘E17’ was rehabilitated and banded at Bird Rescues Los Angeles Wildlife Center. Julie Skoglund, Operations Manager, recounts that this pelican in particular was an unusual case in which the flight feathers that support the bird’s ability to fly had been clipped short. The pelican was released in October 2010.

The photo was captured off the coast of Baja California, Mexico, on San Jeronimo Island by Emmanuel Miramontes, a biologist working with a Mexican nonprofit organization GECI A.C. (Group of Ecology and Conservation of Islands). San Jeronimo is more than 300 miles from E17’s release point in San Pedro, CA.

“It’s doubly interesting because this bird is a male, and what Emmanuel has captured is actually a photo of a doting dad,” Bergeron added.

In a world where bad news abounds, we’re happy to report this inspiring story.