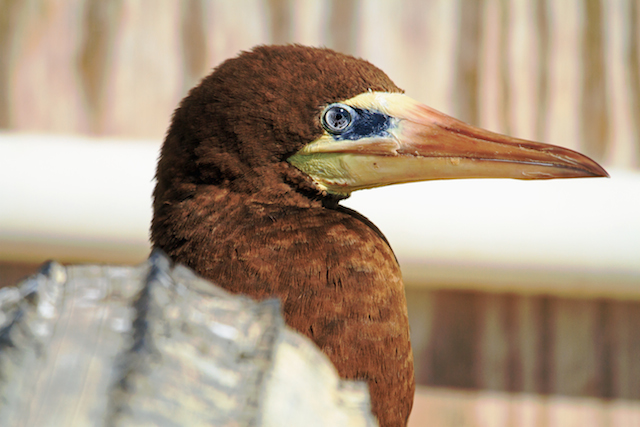 Photos and video by Bill Steinkamp

It’s been a long, strange trip for this wayward Brown Booby. But we’re pleased to report there’s a happy ending.

To bring you up to speed: In December, we received this female Brown Booby at our San Francisco Bay center from our friends at WildCare, which in turn had received it from local sculptor Patricia Vader, who came across the injured bird at Point Reyes on the Pacific Coast. Upon intake, we found her to be extremely thin and suffering from foot injuries that later required surgery.

After several weeks in the aviary, we transferred the booby south to our Los Angeles center, much closer to a Brown Booby’s typical range. With the help of L.A. City Lifeguards, our center manager, Erica Lander, released the booby off the coast. Resident photographer Bill Steinkamp took this great video of the day’s events.

Professional care of birds like this booby is made possible by you. Thanks for your support.