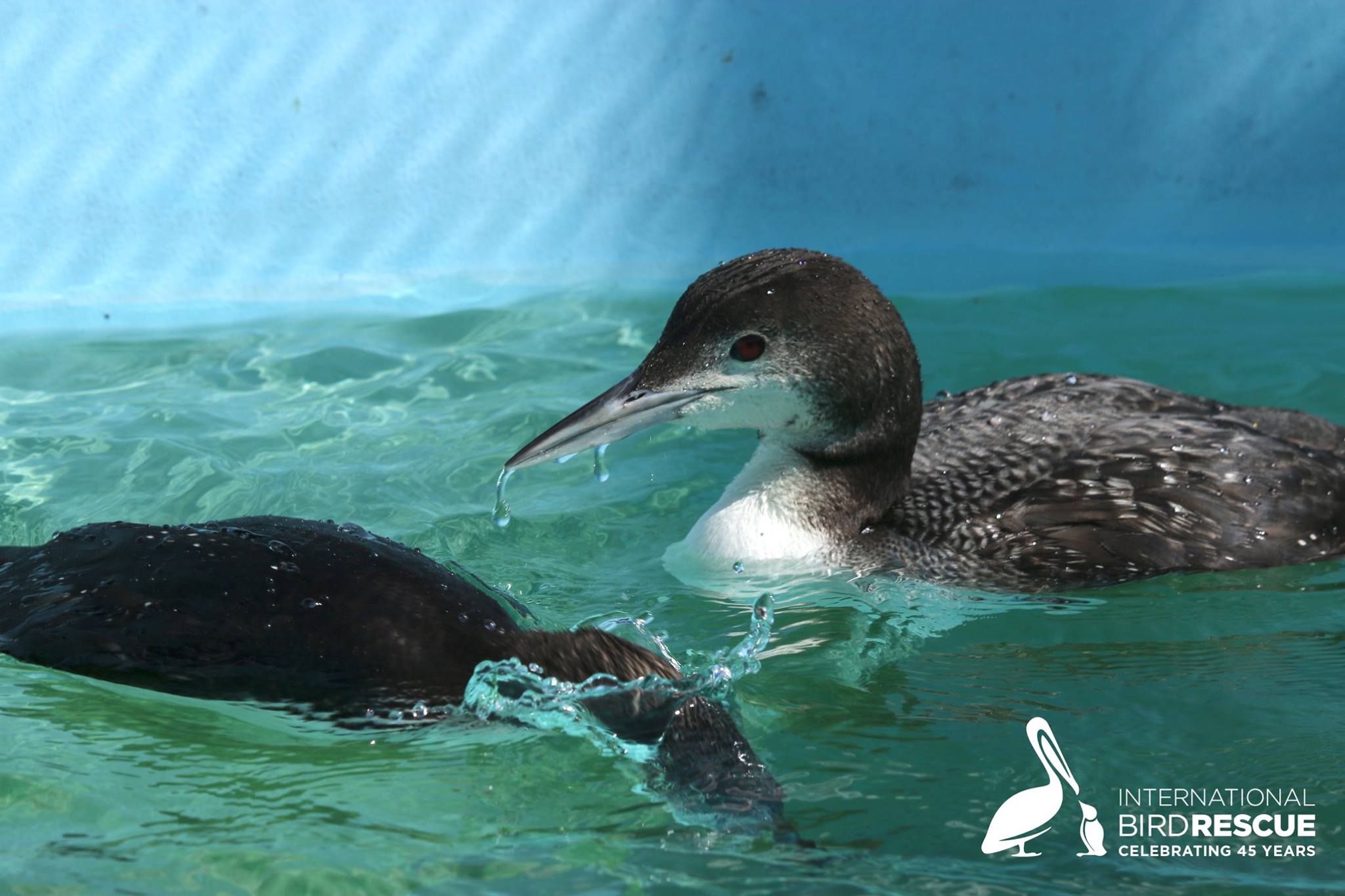 This beautiful Common Loon was picked up from Seacliff State Beach in Aptos and brought to Native Animal Rescue of Santa Cruz County on March 4, 2017.

She was found to be thin with a small wound where her beak comes together and some toe abrasions.

We took radiographs (x-rays) to rule out hook ingestion (since mouth wounds can be caused by swallowing fishing gear) and fortunately they were negative. She waterproofed quickly but was having some issues thermoregulating, so we monitored her closely and after a few days she was living out in the pool full time and was eating very well!

She was released on March 22. Kudos to everyone who was involved in her recovery!