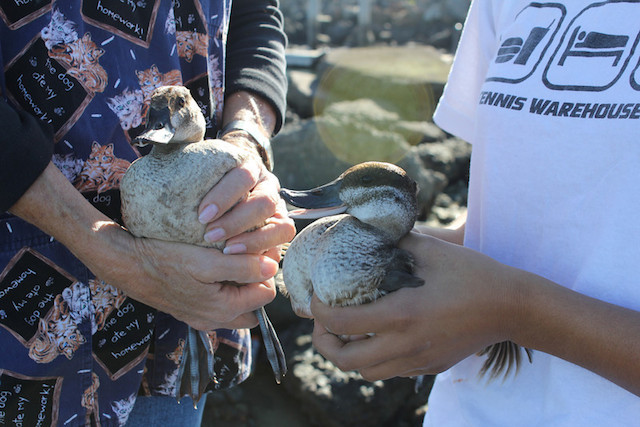 Among the recent releases by our Los Angeles team: this Ruddy Duck duo as well as a Brandt’s Cormorant, released past the breakwater at Cabrillo Beach in San Pedro, CA.

Both of these ducks were found “crash-landed” in Los Angeles — one in the Los Feliz neighborhood, the other in Hollywood. Both animals were also placed on antibiotics for toe lesions suffered from being out of the water, and were released when their wounds had healed and they were deemed healthy. 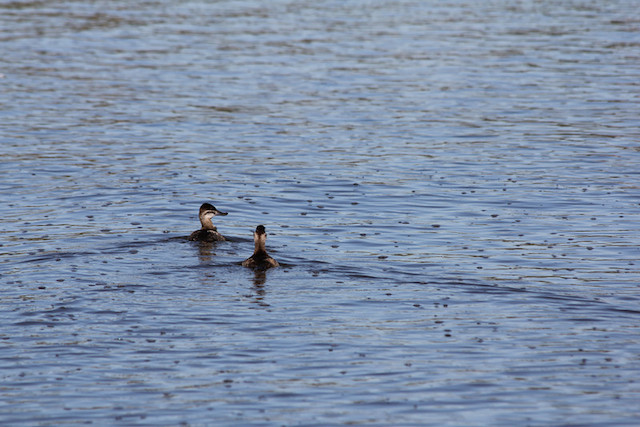 The Brant’s Cormorant shown below came to us from Santa Barbara, where it had been found about 40% oiled and with a thin body condition, rehabilitation technician Kelly Berry reports. The bird was washed a day following intake, and after several weeks of fattening up and healing required for a small wound, we released the cormorant off Cabrillo Beach. 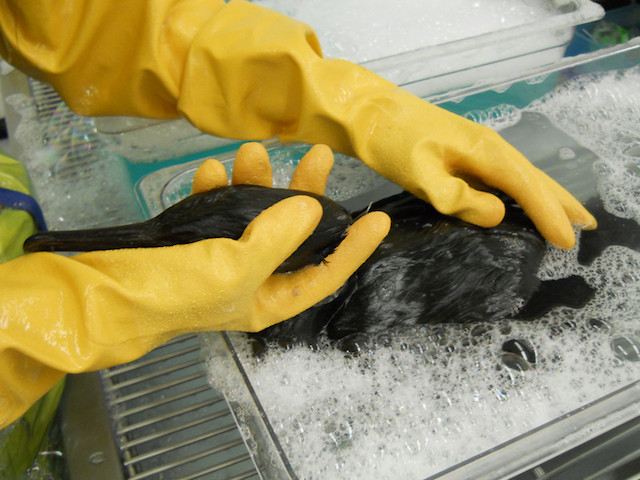 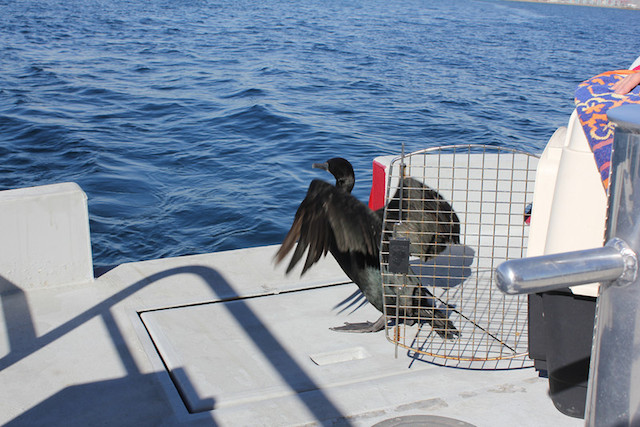 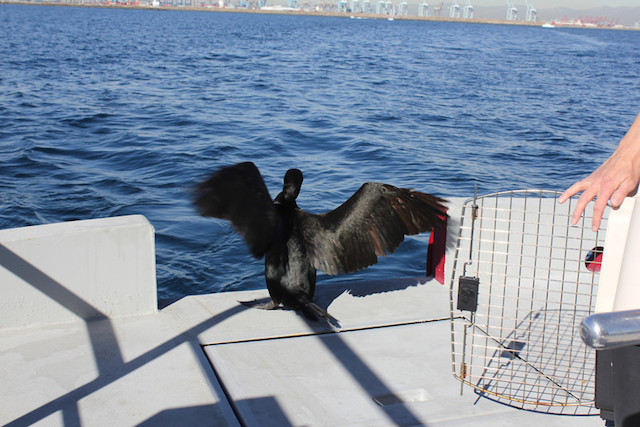