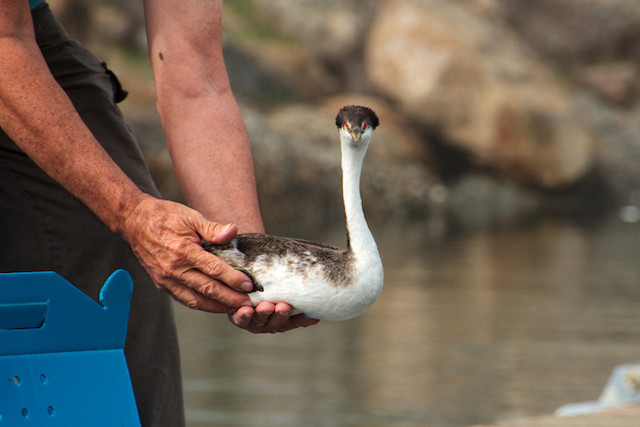 Volunteer photographer Bill Steinkamp recently took these release photos of birds rehabilitated at our Los Angeles center in San Pedro: a Western Grebe and a Canada Goose. A great way to start 2014! 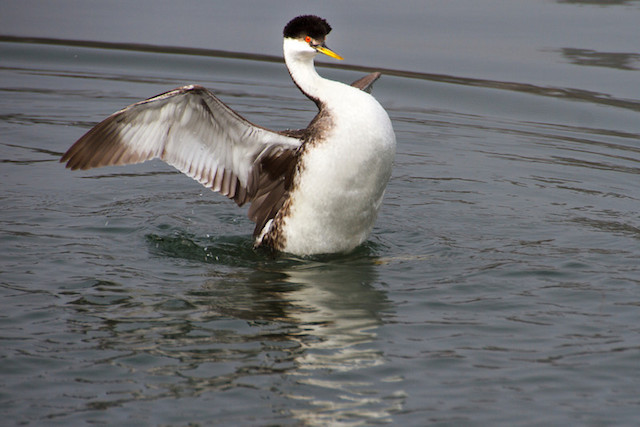 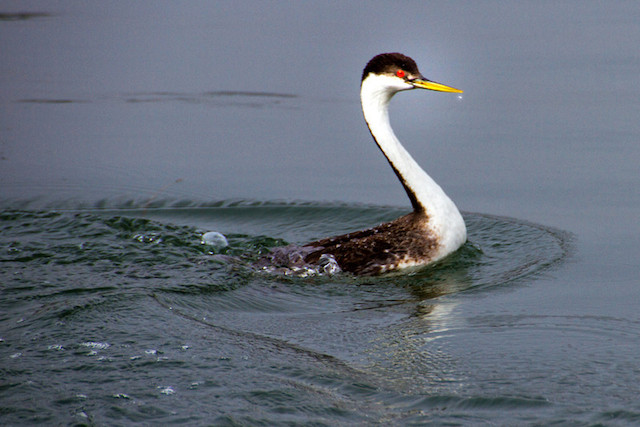 This Canada Goose (below) had previously suffered from an impacted esophagus and was captured by Linda Slauson. During the course of its care, the goose gained a full 2,000 grams (About 4 ½ lbs.).

You can see the goose ready for release below (alongside Sheila Callaghan, left, and Jill Brennan), and later jumping back into the water alongside some American Coots and Mallard Ducks, also below, at El Dorado Nature Center in nearby Long Beach, CA. 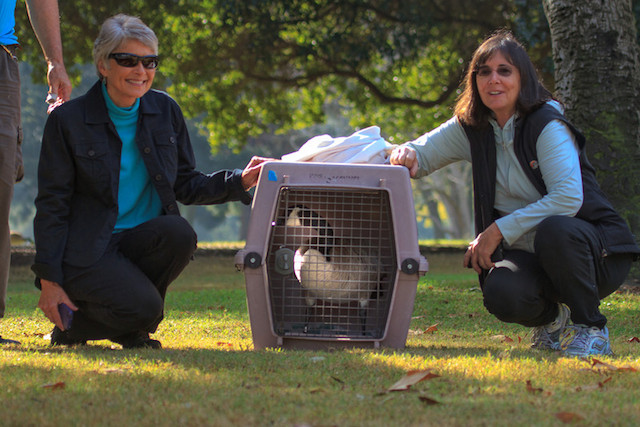 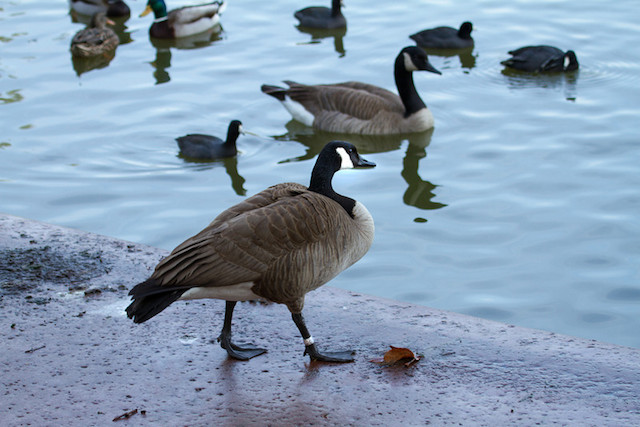 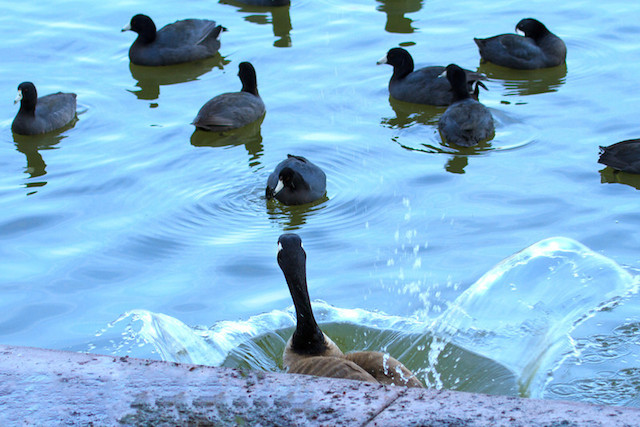 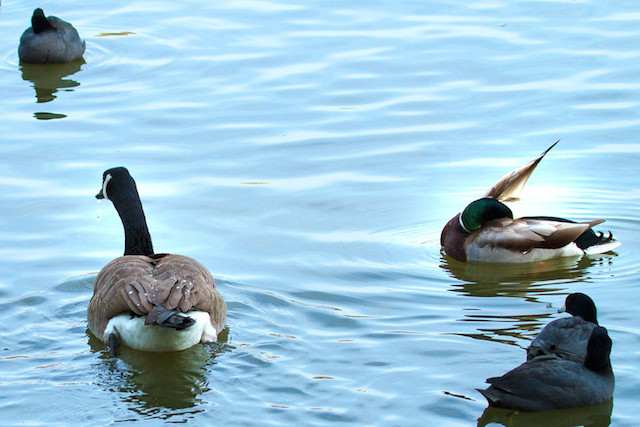