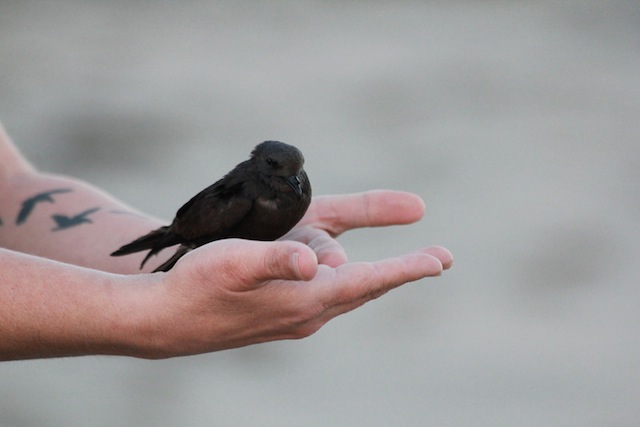 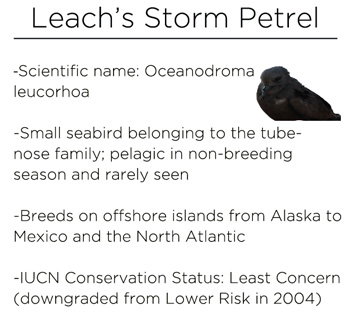 Last week, this Leach’s Storm Petrel was brought to International Bird Rescue’s Los Angeles center by a crewmember of a container ship that arrived at the Port of Los Angeles from Alaska. Apparently, the crew found the little bird shaking and unable to move on the floor of the ship, so they scooped it up and put it in a box.

Once the container ship arrived at port, the crewmembers were told about International Bird Rescue, and one of them brought it right over.

Upon intake, the bird was thin and weak, though it was thermo-regulating and appeared to have no other injuries. We placed this petrel in an indoor enclosure, and gave it supplemental tubings and supportive care. Its body condition rapidly improved and the bird was released several days later. 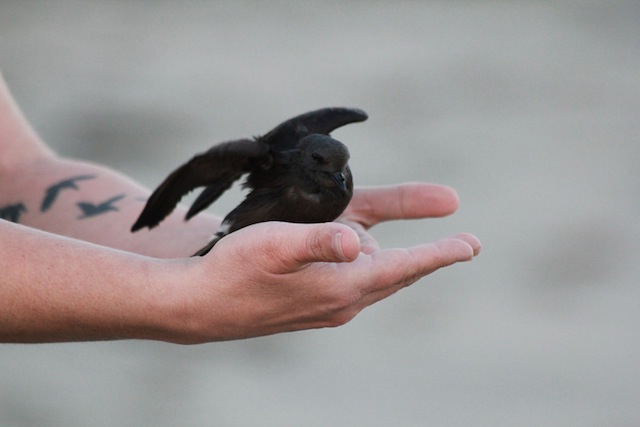