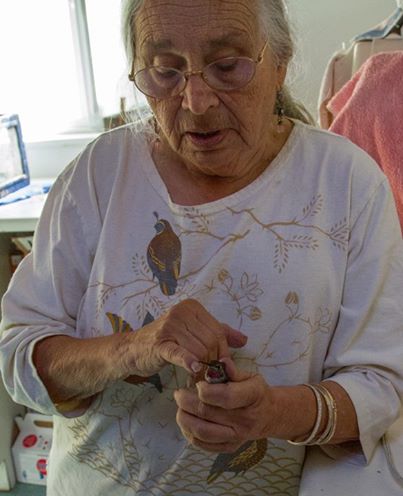 One of our fellow wildlife champions passed over the weekend. Molly Richardson of Native Animal Rescue (NAR) in the Live Oak area of Santa Cruz County died at the age of 85.

Molly was the “patron saint of the county’s sick, injured and abandoned wildlife,” according to an article in the Santa Cruz Sentinel newspaper.

“A native of India who came to America by way of New Zealand, Richardson settled in Pacific Grove, where she was a school teacher. But her retirement and a move to Live Oak would bring a second career, converting a home into a hub for Native Animal Rescue, a network of big-hearted and often brave volunteers nursing pelicans, song birds, raccoons, possums, bats, foxes and even skunks back to health.”

NAR under Molly’s direction was often the first responder to helping rescue injured and sick Brown Pelicans in the Santa Cruz/Monterey areas. She and her team would stabilize the birds and often arrange transportation to our San Francisco Bay Center.

Thank you, Molly, for giving all animals a much-needed voice in this world. We follow your example every day.